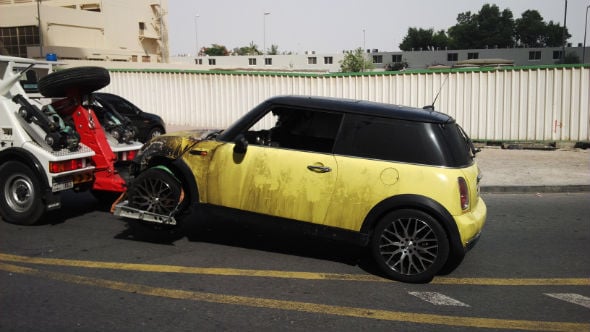 Saudi Arabia is reportedly planning to create 2,000 jobs for nationals as cost accessors of vehicles damaged in accidents by the end of 2017.

Arab News cited a local publication as saying the assessors would be trained by a British non-profit Thatcham Center from the fourth quarter of the year.

The Saudi Authority for Accredited Valuers (Taqeem) initiative will work with the national traffic department to create an electronic system linked with government and private agencies and reduce waiting times for clients.

“The centre will prepare the training programs for the Saudi assessors and issue vocational certificates. The programmes will be established on four levels starting from an associate member, member, first-rank member and then fellowship,” said Taqeem deputy secretary general Hani Al-Dahan.

Under the scheme, Taqeem intends to establish an academy for training assessors beginning with a visit of six trainers to Britain in two month’s time. They will then return to run the course in the kingdom, according to Arab News.

Al-Dahan said the new process would reduce fraud and errors and cut out car dealers, which are currently involved in the assessment process. All decisions made by the assessors would be binding.

The programme is expected to reduce financial waste by more than 30 per cent, according to the official, who added that fines of SAR 200,000 or a one-year prison sentence would be imposed on assessors who violate a code of ethics.

The final phase of the project is intended to almost completely digitise the processing of assessments reducing the need for customers to visit insurance companies for their claims.

Al-Dahan said the first 30 assessors are expected to begin work by the end of this year.