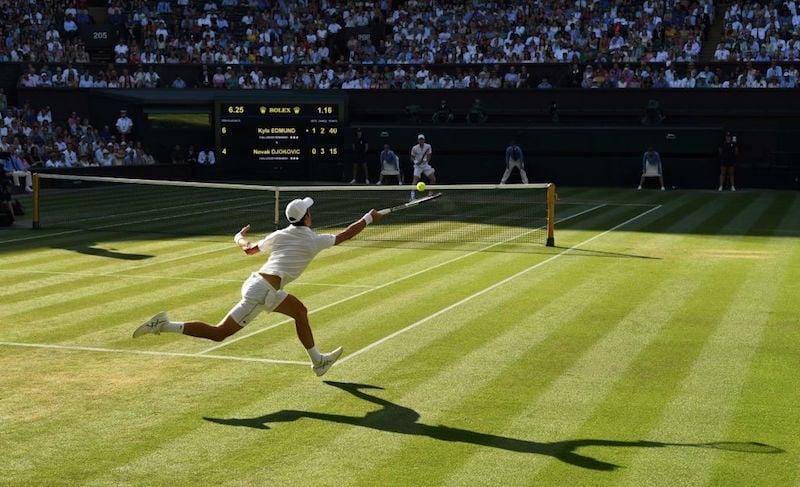 Saudi Arabia on Saturday denied allegations by the governing bodies of world tennis that a television channel illegally showing matches is based in the kingdom.

The International Tennis Federation, Association of Tennis Professionals (ATP) and other bodies called on Thursday for the “immediate closure of the illegal Saudi Arabian-based piracy operation, ‘beoutQ'”, for broadcasting tennis content across the Middle East and North Africa without the right to do so.

The statement was issued on the website of the Wimbledon grand slam tournament currently taking place in London, and followed similar complaints from world soccer body FIFA, European soccer body UEFA and Formula One.

“Wimbledon’s press release baselessly claims that beoutQ is based in Saudi Arabia and suggests that Saudi Arabia is somehow complicit in beoutQ’s broadcasts,” Saudi Arabia’s media ministry said in a statement.

It said Saudi Arabia had “relentlessly” combated beoutQ’s activities in the kingdom, and reiterated its commitment to protecting intellectual property rights.

BeoutQ could not be reached for comment. It is unclear who owns or operates the channel.

Global sports network beIN Sports holds the rights to broadcast major tennis tournaments and other sport events including the FIFA World Cup in the Middle East and North Africa.

BeIN is blocked in Saudi Arabia under a trade and diplomatic boycott imposed on Qatar a year ago.