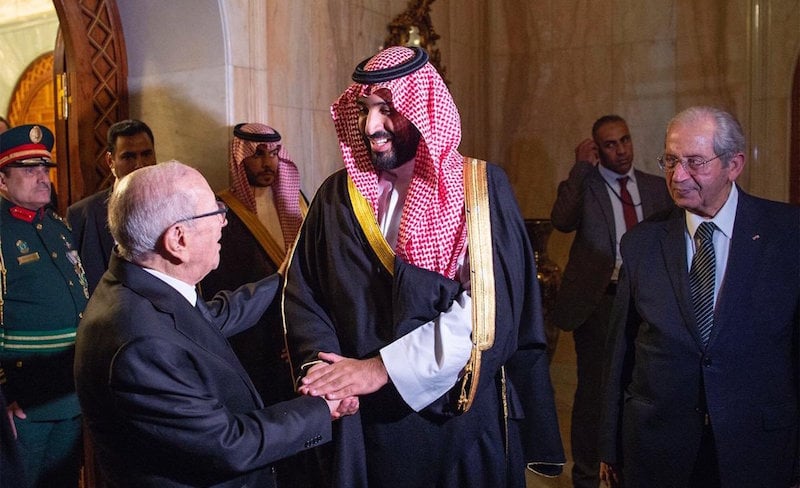 His trip to Tunisia came after he visit to Egypt, Bahrain and the UAE as part of a regional tour.

Meeting with Tunisian President Beji Caid Essebsi, he hailed the relations between Saudi Arabia and Tunisia.

“I can not come to North Africa without visiting Tunisia … Tunisian president is like my father,” the Crown Prince was quoted as telling Tunisian state television.