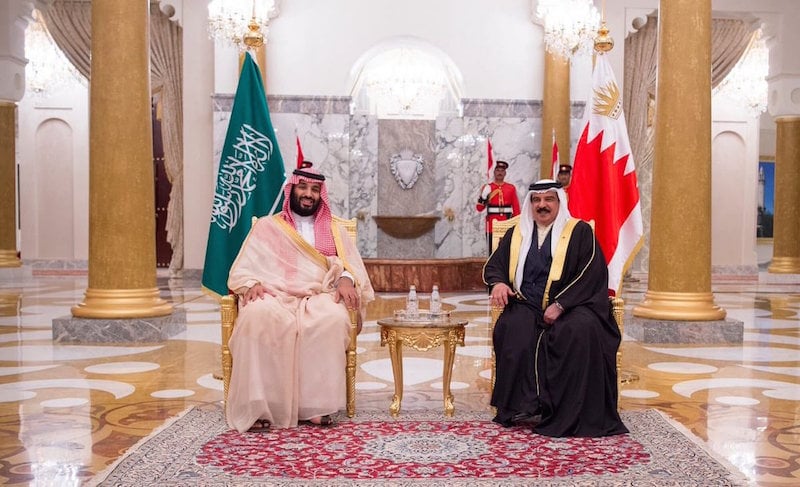 The crown prince and the king attended the opening ceremony for the pipeline, a cooperative project between Saudi oil company Aramco and Bahrain Petroleum Company (Bapco).