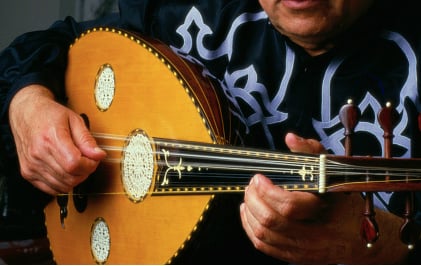 A Saudi woman has reportedly lost a court fight to marry a man of her choosing after he was deemed ‘religiously incompatible’ for playing a musical instrument.

Saudi Gazette reports that the man, who is employed as a school teacher, had asked to marry the 38-year-old woman in Qassim province’s Unaizah two years ago.

The woman’s family refused saying he was not “religiously compatible” because he played the oud, a short-neck lute-type instrument popular in the Arab world.

In some parts of Saudi Arabia playing an instrument is considered an undesirable trait and bad for a person’s reputation.

The unnamed woman, who is employed as a bank manager, wanted to proceed with the marriage and took the case to court.

A lower court decided sided with the family and said the marriage should not go ahead.

“Because the suitor plays a musical instrument he is unsuitable for the woman from a religious point of view,” the court was quoted as saying.

The woman said she had the approval of her uncle but one of her brothers rejected the proposal because of the man’s alleged oud playing.

It is understood the man had previously proposed seven years prior to his more recent attempt two years ago but was rejected by the family both times.

The publication said the lower court did not question the suitor and accepted the family’s word, leading the woman to take the case to the Court of Appeals.

In that hearing the woman proved her brother’s testimony was based on the words of a witness who claimed to have seen the man play the oud.

The witness was later said to have told the Court of Appeals that he never saw the suitor play the instrument.

The woman also submitted supporting testimony on the suitor’s character from his colleagues and imam but the appeals court ratified the lower court’s verdict, according to the report.

She is now said to be pursuing a case at the Supreme Court to secure the marriage.

“I won’t stop here. I’ll take the matter to the Supreme Court. Maybe I’ll find my salvation there,” she was quoted as saying.

“I am 38 years old and hold an executive position managing over 300 people and I have a master’s degree. I’m pretty sure I know what’s best for me. The reason why I am insisting on marrying my suitor is that he has been a teacher for 20 years and everyone who knows him vouches for his honour and piety.”