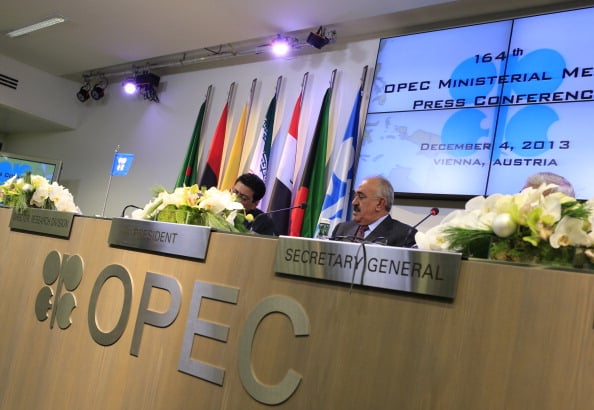 OPEC leader Saudi Arabia said on Monday the group would quickly address weak compliance with output cuts by some OPEC states and would monitor rising production from Nigeria and Libya, which have been exempted from the curbs.

OPEC has agreed with several non-OPEC producers led by Russia to cut oil output by a combined 1.8 million bpd from January 2017 until the end of March. But OPEC states Libya and Nigeria were exempted to help them recover from years of unrest.

The deal to curb output propelled crude prices above $58 a barrel in January but they have since slipped back to a $45 to $50 range as the effort to drain global inventories has taken longer than expected.

Rising output from U.S. shale producers has offset the impact of the output curbs, as has climbing production from Libya and Nigeria.

“We must acknowledge that the market has turned bearish with several key factors driving these sentiments,” Saudi Energy Minister Khalid al-Falih told a meeting of a committee that monitors the deal between OPEC and non-OPEC states.

Alongside Saudi Arabia, the committee known as the JMMC includes Russia, Kuwait, Venezuela, Algeria and Oman. It has the power to recommend measures to other producers involved in the pact, depending on market conditions.

JMMC is due to announce its position later on Monday.

Falih said that weaker compliance with cuts by some OPEC members and a rise in OPEC exports were helping soften prices.

Saudi Arabia and Kuwait have cut more than they pledged but others, such as the United Arab Emirates and Iraq, have shown relatively weak adherence to the limits.

“Although conformity with the production agreement remains … at high levels, some countries continue to lag which is a concern we must address head on,” Falih said.

“Exports have now become the key matrix to financial markets and we need to find a way to reconcile credible exports data with production data,” he added.

Russia’s energy minister Alexander Novak said on Sunday that Libya and Nigeria were approaching the moment when their output should be capped due to significant rises in recent months.

Falih said the issue of rising Libyan and Nigerian output would be addressed in the context of global supply and demand patterns, adding that demand was expected to grow by about 1.4 million to 1.6 million bpd next year, similar to 2017 and so should more than offset rising U.S. output.

Libya has been producing over 1 million bpd, below its capacity of 1.4 million to 1.6 million bpd but near its record high since violence erupted in 2011. Nigeria has also ramped up output. The two have now increased their output by about 700,000 to 800,000 bpd since the OPEC-led pact was agreed.

OPEC sources told Reuters on Saturday that Nigeria could cap output if it managed to sustain production at 1.8 million bpd for 90 days. They also said Libya could struggle to sustain output at above 1 million bpd and hence a cap was not needed.

OPEC Secretary General Mohammad Barkindo said market rebalancing would accelerate as demand would pick up in the second half of the year.

Russia and Saudi Arabia face mounting pressure to prop up oil prices. Russia, which is heavily reliant on oil revenues, is holding a presidential election next year.