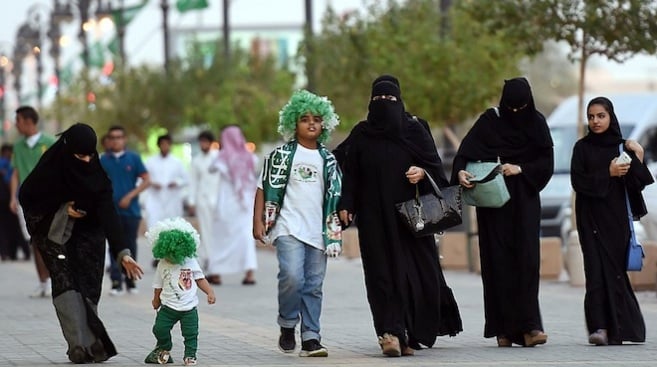 Saudi Arabia has barred its religious police from pursuing suspects or making arrests, curbing the powers of an institution whose aggressive enforcement of the Islamic kingdom’s strict morality rules has drawn criticism from more liberal Saudis.

But from now on, members of the Committee for the Promotion of Virtue and the Prevention of Vice (CPVPV) will not be allowed to pursue, question, request identification from or arrest suspects, according to a cabinet statement carried by state news agency SPA.

Members must instead report suspected crimes to the police or drug authorities, who will carry out law enforcement actions. Members are now also required to show identity cards while carrying out official duties, the statement said.

The move signals a possible shift to rein the religious police.

Speculation had swirled they could be given greater leeway under King Salman after he sacked a reform-minded religious police chief, a sworn foe of Saudi conservatives, in one of his first decisions after assuming the throne last year.

The new decree also established the role of the president of the CPVPV as a ministerial level position, appointed directly by royal decree.

The squad has come under fire online and in local media over several high-profile cases of car chases resulting in fatal accidents, prompting the commission’s president to ban such pursuits in 2012.

However, a chase the following year killed a member of the Saudi police and put the commission in the spotlight after video from one of the passenger’s phones was posted on social media.

The commission again stirred controversy online last month after video posted on social media showed members beating a young woman outside a Riyadh mall. The patrol had tried to force the woman to cover her face, local media reported.