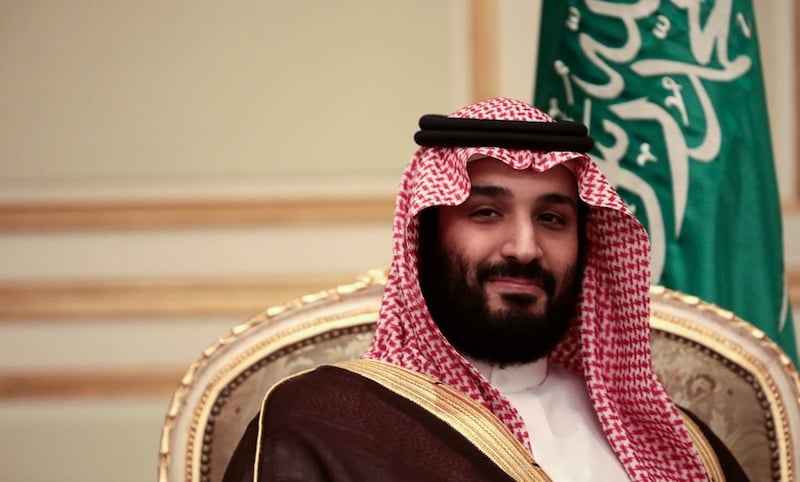 The promotion of Saudi Arabia’s top economic reformer to crown prince has cheered business leaders who believe it will open up new opportunities.

But they worry about officials’ ability to implement reforms and about geopolitical tensions in the region.

The Saudi stock market jumped 7 per cent in the two days after Mohammed bin Salman, previously deputy crown prince, was appointed last week to be first in line for the throne.

Part of the market’s rise was due to a decision by index compiler MSCI to consider upgrading Riyadh to emerging market status. But much of the euphoria was political; shares in companies closely linked to Prince Mohammed’s reforms were the top performers.

National Commercial Bank, the biggest lender, which is expected to play a big role handling financial transactions related to the reforms, surged 15 per cent.

Miner Ma’aden soared 20 per cent; Prince Mohammed has labelled mining a key sector in his drive to cut Saudi Arabia’s reliance on oil exports. Emaar the Economic City, builder of an industrial zone which the prince hopes to develop as an export industry base, gained 16 per cent.

Business leaders said the promotion of Prince Mohammed, 31, removed political uncertainty by confirming a smooth shift of power from an older generation of Saudi leaders to a young generation represented by the prince.

He said Jarir, which has 47 stores, some 39 of which are in Saudi, would open at least six this year and a similar number next year, mostly inside Saudi Arabia.

To some in business, Prince Mohammed represents fresh opportunity in the form of a $200bn privatisation programme and state investment to help kick start new industries such as shipbuilding, auto parts making and tourism.

Some executives predicted the progress of these plans, which are still largely on the drawing board a year after Prince Mohammed announced them, would accelerate after his promotion.

“I didn’t see a risk of the reforms stalling or being reversed before, given the political backing behind them. But now the reforms can go ahead with more strength,” said Hesham Abo Jamee, chief executive at Alistithmar Capital.

He added that social initiatives in the reforms would help the economy by stimulating consumer spending.

For example, developing an entertainment sector, in a conservative society which has so far shunned many forms of public entertainment, would create jobs. The government plans an entertainment zone south of Riyadh with sports, cultural and recreational facilities.

Increasing the role of women in the workforce would boost family incomes and could accelerate creation of small businesses such as restaurants, Abo Jamee said.

Prince Mohammed is also architect of a tough austerity policy, including spending cuts and tax rises, that aims to abolish by 2020 a budget gap which totaled $79bn in 2016. The austerity has slowed private sector growth almost to zero.

But many in business see austerity as inevitable in an era of low oil prices and are pleased by the prince’s willingness to moderate it to avoid a worse slowdown. To mark his promotion, Riyadh retroactively restored civil servants’ allowances at a cost it estimated at around $1.5bn.

Privately, many executives expect Prince Mohammed to persuade or pressure wealthy Saudis to repatriate some of the billions of dollars which they are believed to have transferred overseas for safe-keeping.

It is not clear what tools he would use – moral suasion, legal action or financial incentives – but his promotion may have given him the political capital for such a sensitive step.

Businesses remain worried by two other issues, however.

One is the competence of the bureaucracy to carry out the complex reforms. The government talks of partnerships between the public and private sectors to finance projects, for example, but has not released legal frameworks for such deals.

“Many of the reforms are in name only – nothing has happened. They’re struggling with the details,” said a foreign economist who advises the Saudi government.

The other big worry is rising tensions around Saudi Arabia – tensions in which Prince Mohammed has been closely involved in his role as defence minister for two years.

In addition to its military intervention in Yemen, Saudi Arabia is locked in a diplomatic confrontation with Iran, its allies are struggling in Syria’s civil war, and early this month it cut diplomatic and transport ties with Qatar.

For some in business, these tensions are at best a distraction for the government at a time when it needs to focus on the economy, and at worst risk a more serious regional crisis that could deter foreign investment and endanger the reforms.