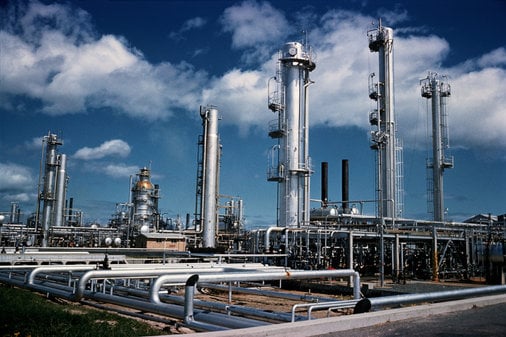 State oil firm Saudi Aramco said the first phase of a new Energy Industrial City in Saudi Arabia will be completed in 2021.

Last week, the Saudi government said it approved Saudi Aramco’s plans to set up two new companies that will develop and operate the new Energy Industrial City as the kingdom seeks to expand its industrial base.

The city, which will be developed over 50-square km of land allocated for energy-related industries, will complete its first phase that covers almost 12-square km by that date, Aramco said in a statement late on Saturday.

Ghawar, the world’s largest onshore oilfield is near al-Ahsa.

The Saudi Industrial Property Authority (Modon) which develops industrial cities in Saudi Arabia has started to lay out plans and programmes with Saudi Aramco to develop and operate the city, the statement added.

The top oil exporter is trying to lower dependence on oil and build up new industries to speed up job creation for a rapidly rising young population.

It plans to list in stock markets up to 5 per cent of its shares in Aramco, which will help it invest in other sectors to generate more revenue streams.

The city is expected to add SAR22.5bn ($6bn) to gross domestic product (GDP) each year and create thousands of jobs, Khalid al-Falih, the Saudi minister of energy and chairman of Saudi Aramco was quoted as saying.

Falih did not give a date for when the project will contribute to GDP.

It will also provide drilling, exploration and production services and pipe manufacturing.