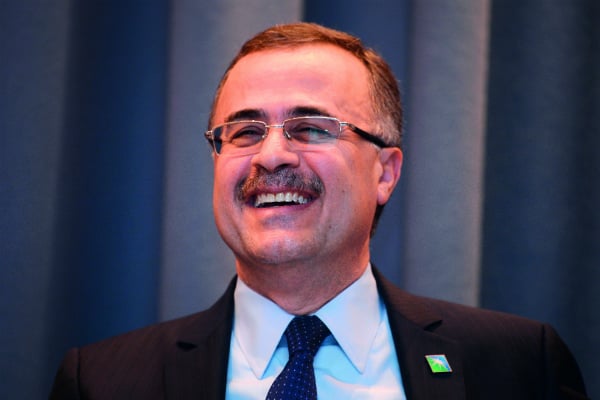 Saudi Aramco’s CEO Amin Nassar said on Wednesday that the company is in talks with India’s Reliance Industries Ltd for possible investments and is seeking other opportunities in the country.

Saudi Aramco signed an agreement in April with a consortium of state-owned Indian refiners to participate in a $44bn refinery project on the country’s west coast.

“We are looking at additional investment in India so we are in discussions with other companies as well, including Reliance and others,” Nasser said in a panel discussion in New Delhi.

“We are looking at it. We are not limited to that investment which is the mega refinery,” Nasser said, referring to the west coast project, which would process 1.2 million bpd of crude and produce 18 million tonnes per year of petrochemicals.

Nasser is part of the entourage travelling with Saudi Arabia’s Crown Prince Mohammed bin Salman, who is in India for a one-day visit.

Reliance Industries, controlled by Asia’s richest man Mukesh Ambani, is India’s biggest refining and petrochemicals company and runs a 1.4 million barrels per day (bpd) refinery in western India. It plans to expand the capacity to 2 million bpd by 2030, according to plans shared with the Indian government.

India would provide a fast growing market for oil and fuels and is already a steady buyer of Saudi oil.

“India is an investment priority for Saudi Aramco. India takes from us almost 800,000 barrels a day and by 2040 India’s total consumption will be around 8.2 million barrels per day,” Nasser said.

However, Aramco is already facing delays for the refinery project, planned for the western state of Maharashtra, as thousands of farmers have refused to surrender land for it.

Reuters reported on Tuesday the Maharashtra government is looking to move the refinery location.

Yousef al-Benyan, the chief executive officer for SABIC, the Saudi Arabia-based petrochemical company that is the fourth largest in the world, was also on the panel. He said SABIC wants to expand its business and presence in India.