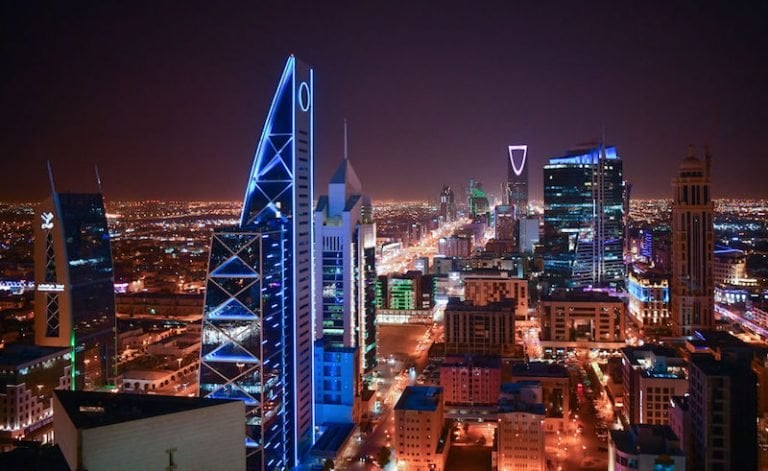 Saudi Arabia is pushing ahead with a $20bn tourism and culture project in its capital despite the kingdom’s fiscal crisis, counting on a rebound in pent-up consumer spending when the global pandemic abates.

Officials have allocated funds for the mega-project in Riyadh, called “Diriyah Gate,” and Crown Prince Mohammed bin Salman told planners to move “full speed ahead, no slowdown,” according to Jerry Inzerillo, chief executive officer of the project’s development authority.

Several parts of the project are in construction and the first phase should be completed by the end of 2023, he said.

“We don’t know the economic impact of Covid over a 12-, 24- or 36-month period,” Inzerillo said in an interview this week. “But I can tell you one thing I know from his majesty and the crown prince: It will not affect the planning of the principal city of Riyadh.”

The world’s largest oil exporter is facing a double crisis after spiking coronavirus cases and energy market turmoil saddled the government with a budget deficit that could rise to around 15 per cent of gross domestic product this year.

Officials have nearly doubled their borrowing plans and implemented a series of austerity measures, including raising a value-added tax from 5 per cent to 15 per cent. Even some of the programmes under Prince Mohammed’s plan to diversify away from oil are facing spending cuts.

Vision 2030
But the government is still investing heavily in other elements of the prince’s plan, called “Vision 2030.”

Officials recently announced a $4bn tourism development fund and are moving ahead with several mega-projects.

The chief executive of Qiddiya, an entertainment city planned near Riyadh, recently told Abu Dhabi newspaper The National that his project is sticking to its original schedule and will see a “rapid escalation” in construction contracts awarded this year.

Similar efforts in the past have struggled to get off the ground, such as a $10bn financial district in the capital.

Diriyah Gate plans to turn the ancestral home of the royal family into a sprawling tourism, culture and entertainment destination, with 20 hotels, 12 museums and a golf course built around a UNESCO world heritage site.

The project is a high priority for King Salman, a local history buff, and Prince Mohammed, his son, who is the kingdom’s de facto ruler.

The money to build it will come from the government as well as Saudi, Gulf and foreign investors, but if they hesitate in the current climate, the state could front funds to get it done faster, Inzerillo said. Excavation is underway for major infrastructure and the first hotel.

The public-private investment split is in flux now, with some foreign hospitality companies that committed before the pandemic saying they “need until the fall to ascertain what the fallout in the global tourism picture is” before deciding their equity level, Inzerillo said. But there’s also been more interest from Saudi investors, with “major Saudi entrepreneurs, royal family and non-royal family” stepping up, he said.

In pushing ahead with the original plan, Saudi officials are betting that consumer spending on tourism and leisure will surge as people emerge from their homes. Their target is for Diriyah Gate to house 100,000 residents and attract 25 million visitors per year by 2030, including Saudis and foreign tourists.

“I’m more optimistic than I was 18 months ago,” Inzerillo said. “Travel is going to boom again, you know why? Because people don’t want to feel pinned in.”