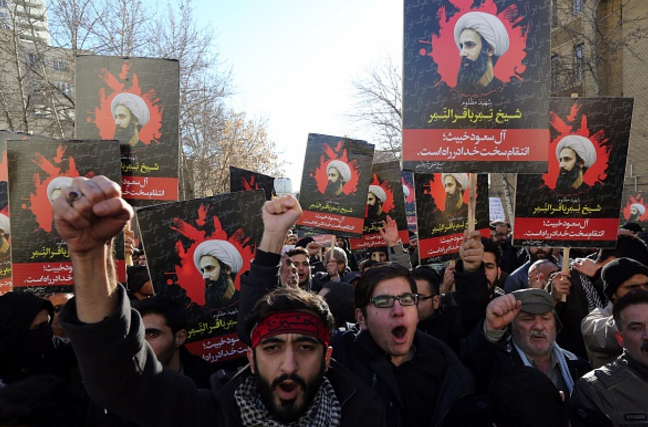 The Iranian government has banned the import of all products made in Saudi Arabia, state TV channel IRINN reported.

The decision was taken during a meeting of Iran’s cabinet ministers headed by President Hassan Rouhani on Thursday, the report stated.

The move comes after Saudi Arabia cut all diplomatic ties with Iran following an attack on its embassy in Tehran. The kingdom also cancelled air travel and commercial relations between the two nations.

Saudi’s embassy in Tehran and consulate in Mashhad were attacked by Iranian protesters after the kingdom executed prominent Shia cleric Nimr Al Nimr and 46 others for terrorism offences on Saturday.

Several countries have rallied with Saudi Arabia. Bahrain and Sudan have severed diplomatic ties with Iran while Qatar, the United Arab Emirates and Kuwait have recalled their ambassadors from the country.

The escalating feud has sparked off global worries with China also sending an envoy to Saudi Arabia and Iran to help resolve the issue.

“We hope the situation in the Middle East can move in the direction of amelioration… We hope that all parties can remain calm and exercise restraint and appropriately resolve relevant issues via dialogue and consultation,” she said.

Earlier this week United Nations secretary general Ban Ki Moon also phoned the foreign ministers of Saudi Arabia and Iran to urge both countries to “avoid actions that could further exacerbate tensions after the recent Saudi executions, the attack on the Saudi embassy in Iran, and the rupture in diplomatic ties”.