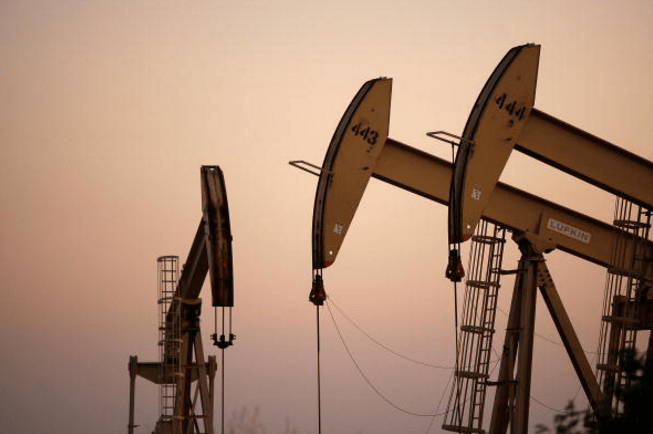 The deputy crown prince criticised the kingdom’s subsequent “addiction” to oil which has “disrupted the development of many sectors in the past years” implying this was a relatively recent problem.

The prince claimed his national transformation programme would enable the kingdom to “live without oil” as early as 2020.

But if modern Saudi Arabia was founded by conquest and the skilful statesmanship of Abdulaziz, it has been held together by the revenue from oil, even more than conservative religion.

Distribution of oil revenue to client groups has formed the foundation of the state from its earliest years and shaped the contours of the economy and society.

Sharing oil wealth in exchange for popular submission to absolute monarchical rule has always been central to the social contract between the ruling Al Saud and the kingdom’s population.

Transforming that contract so that it does not centre on oil is an enormously ambitious undertaking fraught with considerable risks and with an uncertain chance of success.

Before the discovery of oil, Saudi Arabia was a desperately poor country, with a largely subsistence economy and depending on the annual pilgrimage to Mecca and Medina.

The modern state was assembled through a series of conquests between 1902 and 1926 and proclaimed as the unified Kingdom of Saudi Arabia in 1932.

At the time, the only government revenue came from customs duties, pilgrimage taxes and tithes. From the start, the state was short of money and desperately looking for additional sources of income.

One reason the kingdom granted a concession in 1933 to prospect for oil to the US company Socal rather than Britain’s Iraq Petroleum Company was that Socal was prepared to offer more cash up front and loans to be repaid from future production.

In 1938, the government’s revenue amounted to just $7 million, according to Arthur Young, the US financial expert sent out after World War Two to help set up the Saudi Arabian Monetary Agency.

The first commercial oil discovery was made the same year and the kingdom received $340,000 in oil royalties.

Hopes of an immediate bonanza were delayed by the world war, which led to the postponement of exploration and development work. But once the war ended, production and oil revenue began to ramp up.

Even before oil, gift-giving was an important element of the compact between the ruler and his subjects, and the need to demonstrate generosity frequently strained royal finances .

Once the gusher of oil revenue arrived, it provided the scope to co-opt almost all social groups and make them clients of the state.

Tribal groups were granted generous state subsidies and recruited into the national guard. Hundreds of thousands of other citizens have been put on the payrolls of the armed forces and various ministries.

Money could also be used to settle tensions within the royal family by allowing each senior prince to be given their own vast and essentially autonomous bureaucratic fiefdom.

Oil wealth enabled the state to avoid levying income and other taxes and to subsidise the provision of basic services including water, electricity and gasoline.

More or less everything in modern Saudi Arabia depends directly or indirectly on oil.

From the very beginning, however, expenditure tended to run ahead of receipts. “When oil production and spending grew after the war, spending grew even faster”, according to Young.

“Governments, like individuals, have the urge to spend more whenever income suddenly increases.”

In 1949, despite oil revenue amounting to $39m, the government was struggling to pay its bills, the first of several budget crises in the subsequent decades.

The kingdom’s history from the 1950s to the 2010s has been a series of oil-fuelled booms followed by painful adjustments when oil prices fell and revenue shrank.

Periodic crashes in the oil price and state revenue have brought periodic calls to adjust the social compact between the state and its citizens.

Prince Mohammed, effectively the kingdom’s top economic policymaker, is not the first ruler to complain about the country’s addiction to oil.

“The GCC governments and peoples should realise that the boom period is over. We must all get used to a certain type of lifestyle that does not rely entirely on the state,” then-Crown Prince Abdullah warned back in 1998.

“The upcoming period needs the private sector to assume part of the responsibility which has up until now been carried by the state.”

Abdullah was speaking at the GCC summit in Abu Dhabi in December 1998, just as oil prices were hitting rock bottom at the end of a long period of stagnation through the late 1980s and 1990s.

But the impetus to reform was lost as oil prices and revenue soared again in the 2000s.

The problem is that when oil prices are low the revenue needed to accomplish the transition are scarce and the difficulties can appear daunting. When oil prices rise, it has been easier to postpone difficult decisions.

Prince Mohammed’s “SaudiVision2030”, adopted by the cabinet and published last Monday, is essentially a diversification strategy which aims to move the kingdom away from dependence on oil revenue.

It is closely modelled on an earlier and even more comprehensive study by the McKinsey Global Institute entitled “Saudi Arabia beyond oil: the investment and productivity transformation” (December 2015).

The aim is to shift the economy away from an almost exclusive reliance on oil (and the spending of oil revenue) to develop other sectors such as mining, manufacturing, retail, tourism, pilgrimage, and healthcare.

The prince has stressed that much of the transformation can be achieved through improvements in government efficiency and restructuring (termed “qawam” in the vision document).

There is no doubt Saudi Arabia needs to undertake these changes, and a younger generation of policymakers has brought an increased sense of urgency to tackling the problems.

But describing the kingdom’s problem as an “addiction” to oil, as if it was incidental, rather than a fundamental part of the political, social and economic structure, risks understating the challenge involved.

External commentators have focused on the valuation likely to be realised from a part-privatisation of state-oil company Saudi Aramco but that is the least of the problems.

True diversification requires developing industries which have nothing to do with the extraction of oil and spending of oil-related revenue.

Pilgrimage is a natural choice but the business environment for other sectors such as finance, logistics and manufacturing remains forbiddingly tough.

Saudi Arabia’s rulers must construct an attractive place to do business when companies currently have much simpler alternatives such as the United Arab Emirates.