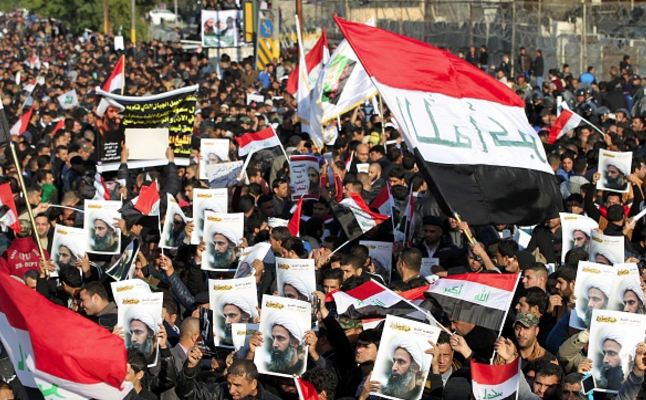 Saudi Arabia has beefed up security at its embassy in Iraq amid heightened regional tensions following the execution of a Shia Muslim cleric.

“Security measures have been further enhanced with the help of the local authorities,” Saudi Arabia’s ambassador Thamir bin Sabhan Al-Sabhan was quoted as saying by local daily Arab News.

The move comes after a mob attacked the kingdom’s embassy in Tehran and its consulate in Mashhad in response to the execution of cleric Nimr Al Nimr, a vocal critic of the Saudi royal family.

The incident sparked a diplomatic row between Iran and Saudi Arabia, prompting the kingdom and its allies Bahrain, Kuwait and the United Arab Emirates to recall their envoys from the country. Saudi Arabia and Bahrain have also cut off all diplomatic ties with Iran.

Iraq’s government has been under pressure from Shi’ite groups to sever ties with Riyadh in retaliation for the execution. Protestors took to the streets in Baghdad and other southern cities on January 2 and two people were killed during attacks on Sunni Muslim mosques in the country.

Al Sabhan denied reports that the embassy had come under direct attack during the protests and said that work at the mission was continuing without any disruption. Reports also suggested Saudi Arabia was strengthening security at its embassy in Lebanon over fears of retaliation from Shi’ite groups.

Saudi Arabia’s relationship with Iraq has been fraught with tension since 1990 when Iraqi dictator Saddam Hussein invaded Kuwait. The kingdom has also accused Iraq discrimination against Sunni Muslims, a charge that Baghdad denies.

Bilateral relations between the two countries have been on the mend after Iraq’s Prime Minister Haider Al Abadi came to power in 2014. Saudi Arabia reopened its embassy in Baghdad in 2015 after 25 years.

In addition, the growing influence of militant group Islamic State of Iraq and the Levant has united the countries against a common enemy.