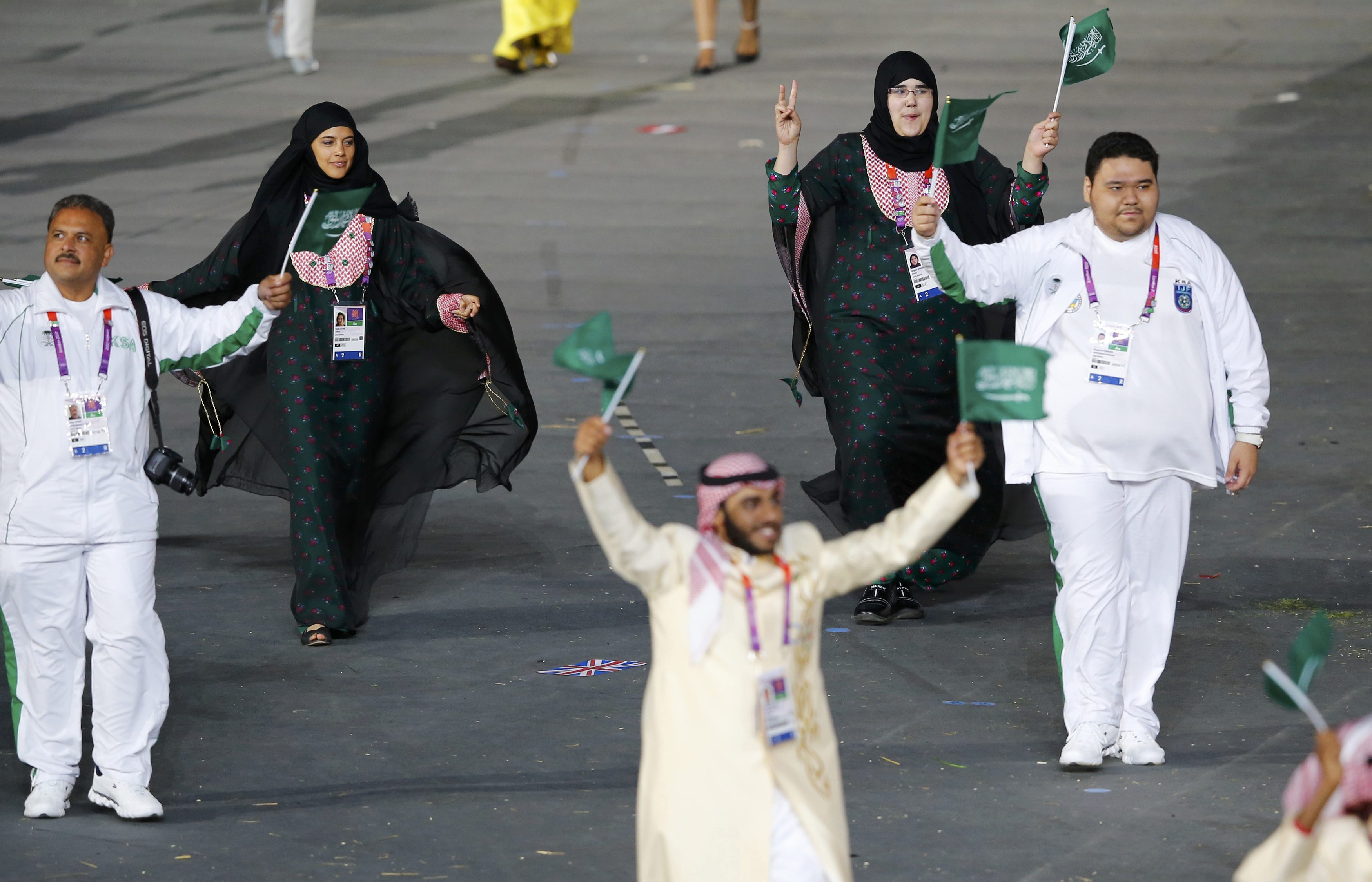 Saudi Arabia has failed to include a single female athlete in its 199-strong team for the upcoming Asian Games in South Korea, saying its women are not sufficiently competitive.

The Saudi stance sparked criticism from Human Rights Watch, which condemned its all-male line-up, saying the state was shutting the door on female athletes, having previously shown signs of wanting to break down barriers.

Saudi authorities were widely applauded for including two women in their team for the 2012 London Olympics, a symbolic first for the Islamic Kingdom.

But just over two years later, the oil-rich nation has opted not to pick any females for the 17th Asian Games, to be held in Incheon, South Korea, from Sept. 19 to Oct. 4.

Mohammed al-Mishal, the secretary-general of Saudi Arabia’s Olympic Committee, told Reuters that Saudi Arabia was committed to sending female athletes to the next Olympics, but said they were not yet competitive enough for Asian Games.

“Technically, we weren’t ready to introduce any ladies and the new president of our Olympic committee (Prince Abdullah bin Musaed bin Abdulaziz) rejected sending women to only participate, he wanted them to compete,” said Mishal.

“We will be having women in Rio de Janeiro on a good scale, but not at the Asian Games.”

“He doesn’t like seeing them (female Saudi athletes) being always the last (place). He wants to do it right and he already communicated this to (IOC President) Thomas Bach,” said Mishal.

“We are obliged for Saudi ladies to participate and we will do our duty in a manner that doesn’t contradict with the major rules of the Kingdom.”

The Olympic Council of Asia (OCA), which organises the Asian Games, said that while it fully encouraged the participation of women, it did not comment on team selections.

“Some of the west Asian countries have started sending (women) and we encourage it.

“The women athletes of the region have been doing extremely well in Olympic Games and world championships, and their numbers in Asian Games have also gone up.”

Qatar and Brunei, which also included female athletes at the London Olympics for the first time, have both picked female competitors for the Asian Games.

Of the 45 competing countries at the multi-sports event – which sports the slogan “Diversity Shines Here” – only Saudi Arabia failed to include both genders.

Last month, Saudi Arabia also failed to select a single female athlete for its team at the Youth Olympics in China, even though it had done so four years earlier when Dalma Rushi Malhas won an equestrian bronze medal.

Minky Worden, director of global initiatives at Human Rights Watch, called on the IOC to act, saying Saudi females should be able to compete at the Asian Games to help prepare for the Olympics.

“The next summer Games are only two years away and it would be a real failure for the IOC and global sport if there is another crisis of women’s participation,” she told Reuters from New York.

“That is something the IOC can and must act on now.”

Human Rights Watch has closely monitored the state of women’s sport in Saudi Arabia and welcomed the introduction of social reforms.

A year ago King Abdullah appointed 30 women to the 150-member Shoura Council. Last year, the world’s top oil exporter officially lifted a ban on sports in private girls’ schools – a groundbreaking rule for a state where women are banned from driving and need formal permission from male relatives to leave the country, start a job or open a bank account.

Saudi Arabia’s appointed Shoura Council, which advises the government on policy, also asked the education ministry to look into including sports for girls in state-run schools with the provision that they conform to sharia rules on dress and gender segregation.

But the country’s cautious social reforms to improve women’s rights have also been met with resistance from religious conservatives, who fear the Kingdom is losing its Islamic values in favour of Western ideas.

Adam Coogle, a Saudi Arabia researcher for Human Rights Watch, said progress was being made but was slow.

“There are a lot of serious reformists who want to see change but it takes a lot of time, months and years, to get the smallest changes,” he told Reuters.

“But more or less, things are moving in the right direction and I think international pressure does have an impact. They are starting to care more about what people think about them but it’s a tight balancing act.”

Neither won a medal but Mishal said Saudi Arabia was planning a bigger female contingent for Rio.

“We’re focusing on equestrian, fencing, shooting and archery – sports that are accepted culturally and religiously in Saudi Arabia. Women were doing these sports even 1,000 years ago,” he said.

“Our ladies will be there, accompanied by their husbands or parents or brothers and this is the way we do it when women travel.”

The local organising committee for the Asian Games, a competition held every four years dating back to 1951, said it was up to each competing team to nominate their competitors.

“It is Saudi Arabia’s decision who they will send and we respect their decision and freedom of choice,” an official, who asked not to be named, told Reuters.