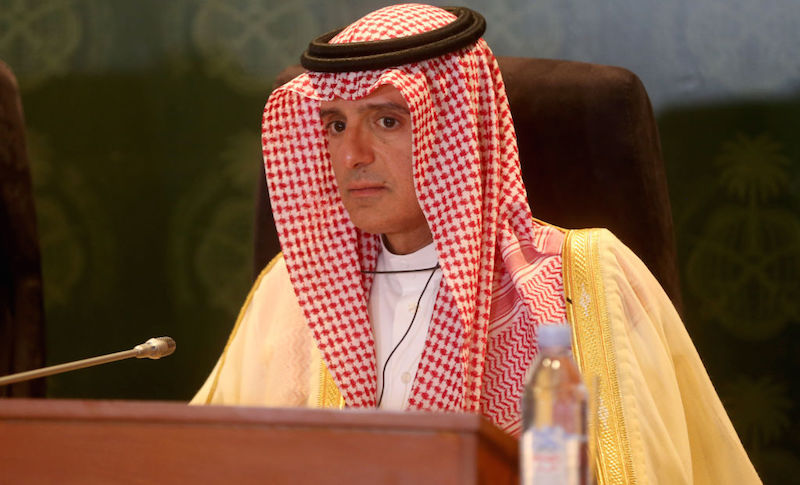 Saudi Arabia said on Monday it was too early to restore diplomatic ties with Syria or reinstate Damascus to the Arab League without progress on a political process to end the eight-year-old war.

Minister of State for Foreign Affairs Adel Jubeir also said Riyadh, which backed rebels fighting President Bashar Al Assad, would not take part in any reconstruction efforts before stability is restored in Syria.

“This (reopening the embassy) is related to progress on the political process, so it is still early,” Jubeir told a joint press conference with Russian Foreign Minister Sergei Lavrov.

He said it was also “too early” for Syria to be reinstated to the Arab League, where its membership was suspended seven years ago. The Arab League has said such a move would require consensus among member states.

The UAE, a Saudi ally, reopened its embassy in Damascus in December in a diplomatic boost for Assad, in a bid to re-engage and rebuild Arab influence in Syria.

Assad has recovered control of most of Syria with support from Russia, Iran and Iranian-backed Shi’ite Muslim groups such as Lebanon’s Hezbollah.

Saudi Arabia, Qatar, Turkey and the UAE have backed armed groups opposed to Assad during the war.

Asked whether Riyadh would assist in reconstruction of Syria, Jubeir said: “Reconstruction cannot happen until the war is over and there is stability and security in Syria.”

The United States, backed by Saudi Arabia, is lobbying other Gulf states to hold off on rehabilitating Syria, sources told Reuters earlier this month.