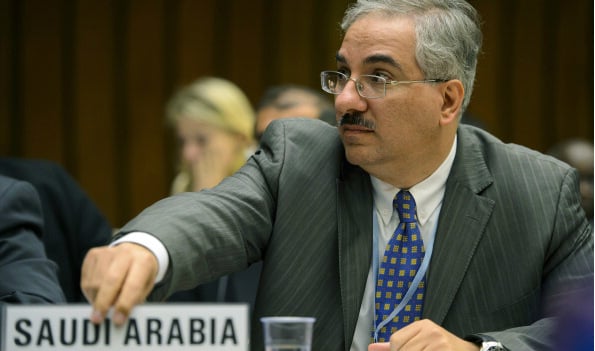 Saudi Arabia has sacked Deputy Health Minister Ziad Memish who has been criticised by some international scientists over his handling of the deadly MERS virus that has infected 575 people in the Kingdom and spread around the world.

Memish was a key figure in Saudi Arabia’s efforts to contain the spread of Middle East Respiratory Syndrome (MERS), a virus that causes coughing, fever and sometimes fatal pneumonia.

It has killed 190 people in Saudi Arabia since it was identified two years ago and cases have been found in other countries in the Middle East, Europe, Asia and the United States. So far, much evidence points to camels as a possible source for MERS infection.

“Acting Health Minister Adel Fakieh has issued a decision today to relieve Deputy Health Minister Doctor Ziad Memish from his position,” said a statement posted on the ministry’s website in Arabic on Monday. It did not elaborate.

Memish is the second senior Saudi health official to lose his job in six weeks after Health Minister Abdullah al-Rabeeah was sacked when the rate of new infections started to rise rapidly in mid-April.

Memish was criticised by international scientists interviewed for a Reuters Special Report last month for what they saw as a reluctance to collaborate with some specialist laboratories around the world offering to help investigate the possible source of MERS and explore how it spreads.

Experts say the rising number of infections and deaths could have been stopped well within the two years since MERS first emerged – and would have been if Saudi authorities had been more open to outside help offered by specialist teams around the world with the technology, know-how and will to conduct scientific studies.

Memish did not respond to emails from Reuters on Tuesday requesting comment on his dismissal.

Last month, he said he was “surprised” by criticism of Saudi Arabia’s response to MERS and did not respond to the allegations directly concerning his own role.

David Heymann, a professor of infectious disease epidemiology, chairman of Public Health England, head of global health security at Britain’s Royal Institute of International Affairs and one of the scientists who had criticised Saudi handling of the outbreak, said on Tuesday the crucial issues were halting MERS infections and working out how they occur.

“Number one, Saudi Arabia needs to make sure it has appropriate infection control practices in hospitals, where cases are being transmitted, and number two, they need to do the case-control study that will hopefully tell them how people are getting infected,” he said.

Asked whether he thought Memish’s dismissal would prompt things to move along more quickly, he said: “I don’t know that, but I hope so. I would hope the process will speed up and these things will be done.”

Acting Saudi Health Minister Fakieh wrote last week in a response to the Reuters Special Report that Saudi Arabia was working with international scientific organisations to improve its response to MERS, and pledged to continue that collaboration.

He did not comment in his response on the role played by Memish.

The Health Ministry said late on Monday that it had recorded four new confirmed cases of MERS in the previous 24 hours in Jeddah, Medina and the northern province of al-Jawf, and that one more person had died from the disease over that period.

The rate of infection has slowed since mid-May, which public health officials say may be a result of improved infection control procedures introduced in Saudi hospitals.