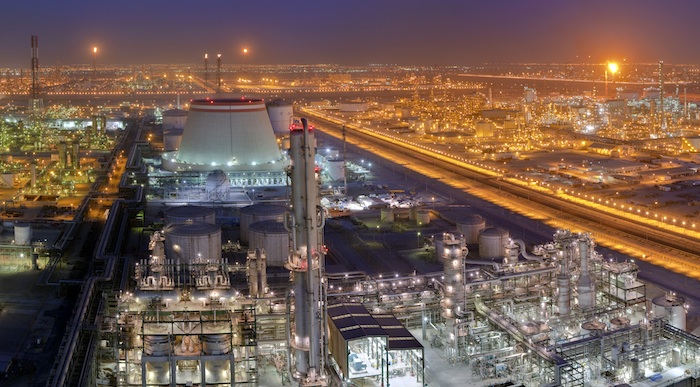 Saudi Arabia’s rapid transition into one of the world’s largest oil refiners adds an extra dimension to the oil exporter’s role as the driver of OPEC policy.

When it attends OPEC’s next meeting in June, it does so with major new state-of-the-art oil refineries that can profit from cheaper crude and reviving world fuel demand – exactly as international oil firms have over the past six months.

The Kingdom now has stakes in more than five million barrels per day (bpd) of refining capacity, at home and abroad, landing it a place among the global leaders in making oil products. Its own target of 8-10 million bpd of refining firepower would eclipse even ExxonMobil.

“Saudi have moved into the product business in a big way,” said Fereidun Fesharaki, chairman of FGE energy.

Its oil trading arm, Aramco Trading, could soon find at least two thirds of its trading focused on products such as diesel, gasoline and heating oil rather than crude, Fesharaki said.

Years of investment was designed to fuel the transport, air conditioning and power generation for the kingdom’s economic growth. But as OPEC members fight for market share, Aramco’s refineries also give it a natural outlet for its 10 million bpd of crude production.

“In contrast with the crude market which is shrinking, the product market is becoming more global,” said Antoine Halff, chief oil analyst with the International Energy Agency.

While crude oil producers who lack a developed refinery sector – such as Nigeria – effectively leave this money on the table for refiners, Aramco and others in the Gulf can now cash in.

“The crude is so cheap it’s pretty much free for them,” said Amrita Sen of Energy Aspects. “The margins are going to be massive. It makes trade flows in products very different.”

Other Organization of the Petroleum Exporting Countries members, including fellow Gulf states Kuwait and the United Arab Emirates, have also boosted refining and added trading arms. But their refineries worldwide, hovering near 1 million bpd each, are only a fraction of what Aramco has built in just a few years.

“The Saudis have a much wider market there because they are competing globally,” Halff said. “They diversify vertically by capturing different parts of the value chain and it becomes a hedge and it gives them a lot more market access.”

Aramco has added more than one million bpd in capacity through a controlling stake in Korea’s S-Oil as well as its two heavy hitting refineries at home, Yanbu and Yasref, both with 400,000 bpd in throughput. Jizan, due on in the Kingdom in 2018, would add a further 400,000 bpd.

The growth puts Aramco’s owned or equity stakes refining at 5.4 million bpd, at least 40 per cent above a decade ago. Aramco itself markets more than three million bpd of that, tying it with Shell as the world’s fourth largest oil refiner.

The shift could also enable it to funnel more crude into its own plants, meaning the nine-year high of 7.89 million bpd it exported in March could be the high water mark. Already, it has turned down requests from China for extra crude.

“The volume of crude being sold is still huge,” Fesharaki said. “But it shows the transformation in the next five years in which the companies become more of product players and will have automatically less of an influence on the crude market.”