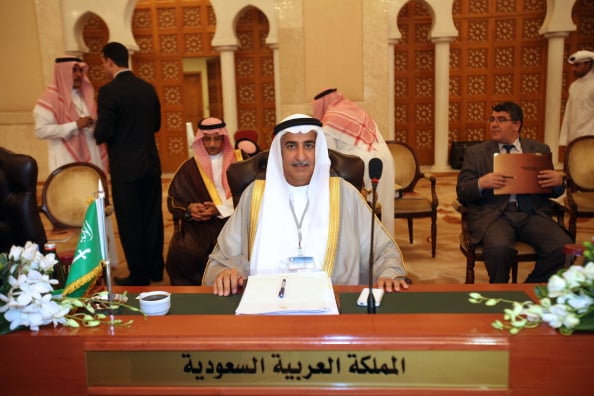 Saudi Arabia replaced its central bank governor and said it would more than double the size of its sovereign wealth fund by 2025 as Crown Prince Mohammed bin Salman sets the stage for a flagship investment conference this week.

Ahmed Alkholifey was removed from his position heading the monetary authority. He is being replaced by Fahad Al-Mubarak, who was central bank governor from 2011 to 2016. The reason for the change wasn’t given.

The central bank and the $400bn Public Investment Fund are set to play an increasingly important role in powering the domestic recovery as the government looks to boost an economy hit by the twin shocks of the coronavirus pandemic and low oil prices. The central bank’s mandate was recently expanded to include supporting economic growth, while the crown prince has said the wealth fund would invest $40bn a year domestically.

The moves highlight the growing role for both institutions in driving the kingdom’s future growth at a time when the budget is unable to do this anymore, said Mohamed Abu Basha, head of macroeconomic research at EFG Hermes Holding.

“PIF is set to be by far the key growth engine of the kingdom in the next few years,” he said. “An active central bank, that now has within its mandate to support economic growth, can complement these efforts by focusing on financing initiatives. The success story in the housing sector is a case in point.”

Al-Mubarak, the new governor, had most recently been a minister of state and served as the kingdom’s sherpa during its presidency last year of meetings of the Group of 20 industrialized economies. He was also previously chairman of Morgan Stanley’s Saudi Arabia unit.

Saudi Arabia pegs its currency to the dollar and tends to move in lockstep with the U.S. Federal Reserve. The change in leadership is unlikely to affect the central bank’s policy, with most levers of decision-making in the kingdom controlled by Prince Mohammed.

Saudi Arabia’s central bank has already been one of the key vehicles for providing stimulus to the economy as Covid-19 and low oil prices hobble the private sector. The monetary authority has extended over SAR100bn ($27bn) to local banks in liquidity injections and to cover the costs of loan deferrals for small businesses hit by the pandemic.

The central bank also controls the kingdom’s reserves, which are among the largest in the world at SAR1.7 trillion. But its historic role as manager of the country’s savings is being eclipsed by the PIF, which is chaired by the crown prince.

The PIF received a $40bn transfer from the central bank in March for new investments as it looked to capitalise on a slump in global markets caused by the onset of the coronavirus. It later disclosed it had spent about $10bn buying stakes in blue-chip Western firms, which it sold a few months later as markets recovered.

The wealth fund will host its annual investor conference within days, with the global pandemic making most of the proceedings virtual. Since its launch in 2017, the Future Investment Initiative has played host to hundreds of corporate titans including JPMorgan Chase and Co.’s Jamie Dimon and Softbank’s Masayoshi Son. The event has helped establish the fund’s reputation as a major source of international investment.

In a separate announcement on Sunday, Prince Mohammed said that the sovereign wealth fund aims to manage SAR4 trillion by 2025, making it one of the biggest government-controlled investors in the world.

If the PIF reaches that goal, it would eclipse the current size of China Investment Corp. and be similar to Norway’s giant sovereign fund.

Insights: Maximising the potential of ESG investing in the MENA region