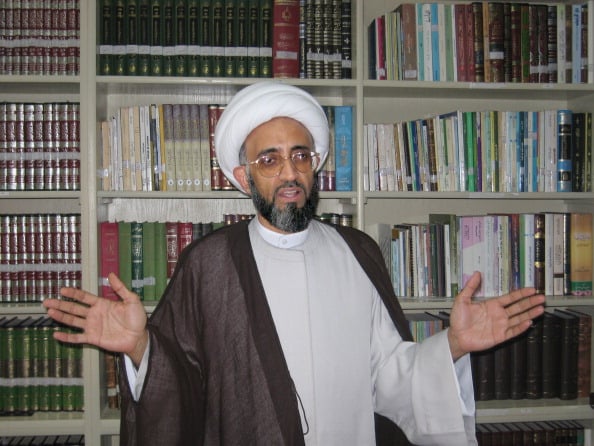 Saudi Arabia and Kuwait have been quietly reining in their clerics on concerns that preachers could use their influence to stir up trouble and inflame sectarian divisions at a time of high tension over the crises in Syria and Egypt.

Authorities in Saudi Arabia, the birthplace of Islam and home to a powerful conservative clergy, have declined to respond to local media reports in recent months which said nearly 20 clerics had been sacked or suspended.

In Kuwait, which has a relatively open political system compared to other Gulf Arab states, the authorities have resumed the monitoring of sermons, pulled a television preacher off the air and deported a foreign imam.

The developments in the two monarchies follow the dramatic rise and fall in Egypt of the Islamist Muslim Brotherhood, which offers a populist religious alternative to dynastic rule and has supporters in the Gulf.

The Egyptian army angered some influential clerics and ordinary citizens in the region in July and August when it overthrew the then president, Mohammad Mursi, a Brotherhood member who remains in prison, and clamped down on his supporters, killing hundreds of people. Both Saudi Arabia and Kuwait have pledged to support the new Egyptian government.

“There is a more heightened sensitivity to the activities of the Muslim Brotherhood and of political activity in general,” said Salman Shaikh, director of the Brookings Doha Center, a Middle East research group.

Kuwait and Saudi Arabia will continue to be “fairly uncompromising of perceived Muslim Brotherhood activities and anyone perceived to be supporting them”.

The war in Syria is aggravating sectarian tensions across the region, with mainly Sunni rebels seeking to overthrow President Bashar al-Assad, whose Alawite sect is an offshoot of Shi’ite Islam.

State-affiliated clerics in Saudi Arabia have denounced the Assad government and urged support for Syrians since the beginning of the conflict, and $140 million was raised in a government-organised campaign for Syrian refugees last year.

Some Kuwaiti clerics have been using social media to raise private donations for the rebels and a number have even helped to raise funding for arms.

The Muslim Brotherhood is banned in Saudi Arabia and only cautiously tolerated in Kuwait, where members of a local offshoot have made up significant factions in previous parliaments.

What worries both countries – and other Gulf monarchies – is that the Brotherhood espouses an active political doctrine that urges staunch Sunnis to agitate for change.

That flies in the face of traditional Gulf theology, particularly the Wahhabi strain of Sunni Islam practised in Saudi Arabia, which preaches that good Muslims should obey their rulers in most circumstances.

Khalid al-Dakhil, a Saudi political analyst, said he believes many of the outspoken imams in the kingdom who worry the authorities are influenced by the Brotherhood.

“(The Muslim Brotherhood) allege that they do not seek power but in reality they use religion as a cover for their agenda and say that they want to serve Islam,” Dakhil said.

Despite the ban, Saudi Arabia has unofficially tolerated informal meetings of the Muslim Brotherhood so long as they avoid any discussion of politics.

Saudi authorities suspended a Riyadh preacher who was filmed in August attacking Sisi in a sermon that provoked a brief scuffle inside the mosque.

In the same month, Kuwaiti Tareq al-Suwaidan, known across the Arab world for his lectures on self-improvement, was fired from his job as a host on a Saudi television show after he identified himself as “one of the leaders of the Muslim Brotherhood” during a lecture in Yemen.

“Some preachers discuss issues that have nothing to do with their country, but rather harm it,” said Mohammad al-Zulfa, a former member of Saudi Arabia’s Shoura Council, a quasi-parliament appointed by the king to advise on policy.

In some parts of the Gulf, weekly sermons are approved by the government in advance. In Kuwait, which boasts a relatively free forum for speech and debate, the Islamic Affairs Ministry issues sample sermons but the imams don’t have to use them.

Khaled al-Hais, the government official in charge of overseeing mosques in the district of Hawally near the capital, said clerics were free to talk about most things as long as they don’t refer to people or families or make sectarian remarks.

The government banned the television show of Kuwaiti Sunni Muslim cleric Shafi al-Ajmi in August after one episode on the state channel, after he voiced support for arming Syrian rebels in speeches and on social media and called for the killing of fighters linked to the Lebanese Shi’ite group Hezbollah who are fighting on Assad’s side.

Ajmi, who has more than a quarter of a million followers on Twitter, has since been suspended from giving sermons, local media have reported.

The ministry sent out a missive this summer calling on clerics to concentrate on moral issues, and started recording sermons in August after a break of more than a year.

But while the authorities may still have leverage when it comes to sermons, controlling what people say on social media, which is ubiquitous in both countries, is a far more complicated task.

Saudi Arabia monitors Twitter feeds of well-known preachers and Kuwaiti clerics who do not conform to guidelines can risk suspension while foreign clerics can be deported.

Authorities maintain their efforts to manage the message on social media are only aimed at ensuring “consistency” to avoid confusion.

“Preaching should be consistent. One cannot hold one view on the mosque’s podium and then contradict it on (social media) sites,” Abdul Muhsen al-Sheikh, undersecretary in the Islamic Affairs Ministry, told pan-Arab newspaper al-Hayat in September.

Hais, the Kuwaiti religious official, said: “Everyone has the freedom to use Twitter and Facebook but we watch what they write, to see if it is similar to what they say (in the mosque).”

Saudi cleric Abdulaziz al-Qassem, a lawyer who supports limited reforms in Saudi Arabia, said it was unlikely that the government would go so far as to insist that imams only deliver government-approved sermons.

With tens of thousands of mosques in Saudi Arabia, and the clergy’s independence and power so strong, such a scenario was not only unlikely but probably impossible to implement.

“The country is barely able to manage the economy and the rule of law,” he said. But he added:

“Preachers are taking part in partisan and factional battles and leaving aside the role of the mosque as a podium for preaching … Mosques have been abducted.”