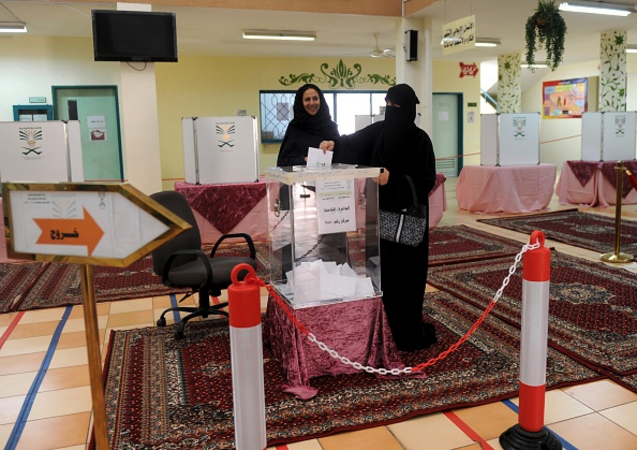 At least four women have won seats in Saudi Arabia’s municipal council elections, open to women for the first time in the kingdom.

Salma bint Hizab al-Oteibi won a seat in the council of Madrakah in Mecca province in Saturday’s vote, the electoral commission said.

Two women were elected in the Ihsaa governorate and one woman won a seat in Tobouk, local reports said. The counting is still ongoing.

Saturday’s poll marked the first time that women could vote and stand as candidates in Saudi Arabia.

According to estimates 978 women and 5,938 men registered as candidates for the 3,159 seats at 284 municipal councils across the kingdom.

About 130,000 women were registered to vote in the elections, which had a “moderate turnout” local reports said.

The new session of the council will begin on January 3, 2016 and will last for four years, Arab News quoted spokesman of the General Committee for Municipal Elections Judea Bin Nahar Al-Qahtani as saying.

The decision to allow women to participate in elections was taken by the late Saudi King Abdullah in 2011.

“We refuse to marginalise the role of women in Saudi society in every field of work,” Abdullah said when announcing the reform. “Women have the right to submit their candidacy for municipal council membership and have the right to take part in submitting candidates in accordance with Shariah.”