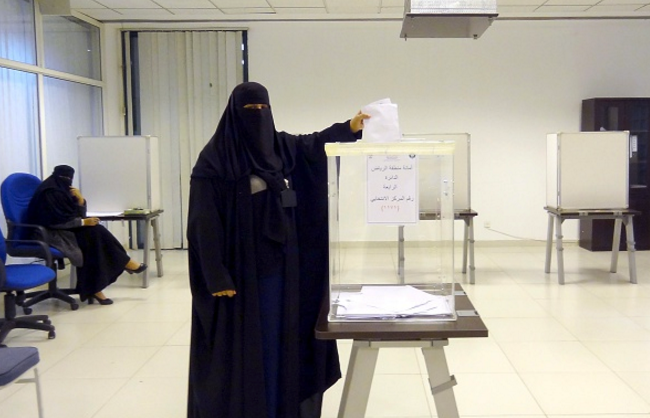 About 17 women were elected to Saudi Arabia’s municipal councils, four years after the country eased regulations and allowed women to participate in the polls.

About 2,106 candidates were elected in Saudi Arabia’s third municipal elections held on Saturday, officials said. A total of 978 women and 5,938 men were registered as candidates for the elections, records show.

Minister of municipal and rural affairs and chairman of the general committee for municipal elections Abdullateef Abdulmalik Al-Asheikh said that 702,542 citizens voted during the elections, local daily Saudi Gazette reported.

Municipal councils have limited powers in terms of lawmaking but the election of women to official posts is viewed as a largely progressive step in the conservative kingdom that bars women from driving cars.

Elected female candidates were also optimistic about their scope of action within Saudi Arabia.

“People have placed their trust in me and I must make sure that their trust is not betrayed,” a winner from the Qatif region Khadra Al-Mubarak told Saudi Gazette.

She further emphasised that she would work for growth in the Qatif region and also vowed to bring in more transparency and ease communication between officials and the people.