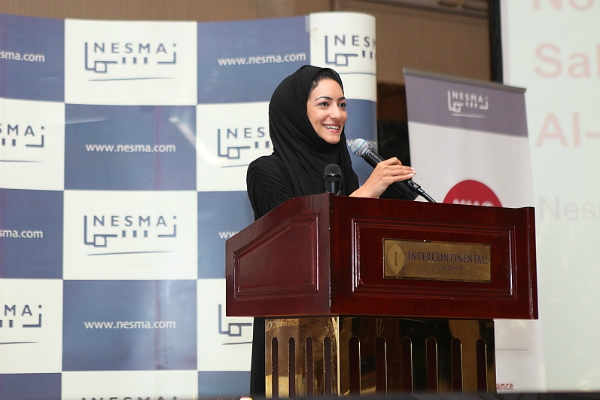 Saudi Arabia has appointed its first female vice president of a sports federation, according to the kingdom’s Centre for International Communication (CIC).

Nora Saleh AlTurki was named vice president of the Saudi Shooting Federation by its board of directors, CIC said on Twitter.

She is the daughter of Saleh AlTurki, the president and chairman of Saudi conglomerate Nesma Holding, which operates in sectors including construction, oil and gas, real estate and hospitality in Saudi, Dubai, Egypt and Turkey.

On top of her new appointment, she oversees strategic initiatives for the Nesma Group and is also a board member, according to her LinkedIn page.

Father and daughterwork together on initiatives including Nesma Embroidery, a non-profit that employs Saudi women with speech and hearing disabilities.

The Board of Directors of the Saudi Shooting Federation appoints Nora Saleh AlTurki as Vice President of the Federation.
AlTurki is the first Saudi female to hold this position in a sports federation. #SaudiNewsMakers pic.twitter.com/2vvMYaOYnF

The appointment comes as the kingdom pushes ahead with reforms designed for women to play a more active role in society.

This followed the appointment of US-raised Princess Reema bint Bandar as the first female president of the Saudi Federation for Community Sports in October.