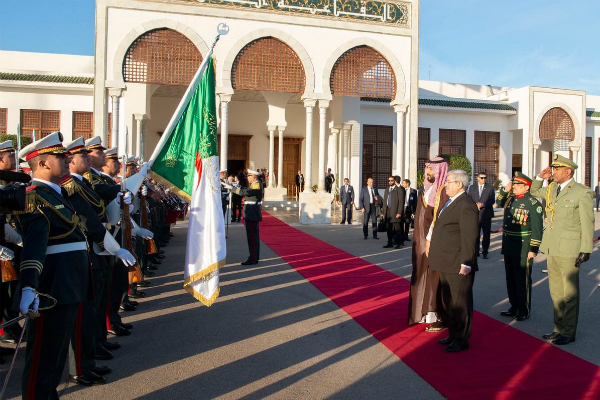 The monarch, who had received a frosty reception from some world leaders during last week’s G20 Summit, also stopped over in Mauritania as part of a tour of Arab countries that has included United Arab Emirates, Bahrain, Egypt and Tunisia.

After meeting with Algerian Prime Minister Ahmed Ouyahia yesterday, the two sides announced the formation of a Saudi-Algerian coordination council, which will oversee a series of joint initiatives.

These are designed to boost political links between Riyadh and Algiers, one of the few Arab governments to maintain good relations with Saudi Arabia and its rival Iran, combat terrorism and boost ties in trade, investment, energy, culture and education.

The kingdom has established a series of similar councils with other countries including the UAE, Kuwait and Iraq as it seeks to expand ties with other Arab countries.

An exact framework for the Algerian council is expected to be established by the two countries’ foreign ministers at a later date.

The crown prince was unable to meet with Algerian President Abdelaziz Bouteflika during the visit after the leader was brought down with the flu, according to an official statement.