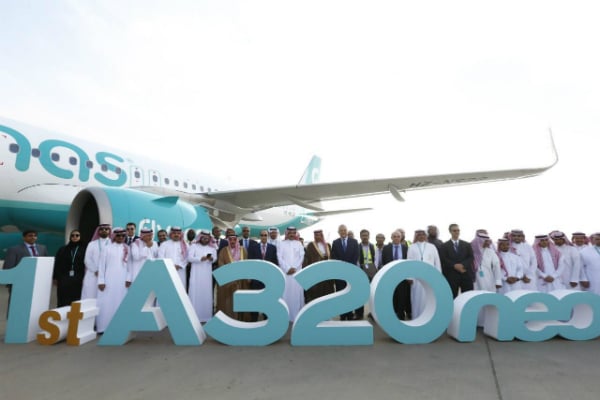 “We chose the passenger cabin for the economy class to be very convenient and comfortable by increasing the space between seats and selecting a distinctive and high-quality type of seats in line with the expectations of our passengers, as this type of seat is the first of its kind for an airline”.

The CEO added that the airline would convert half of its aircraft to the A320neo over the next two years and “introduce new models to be announced later, to contribute to the realisation of the Kingdom’s Vision 2030”.

Under the current deal with Airbus, Flynas has committed to purchasing 80 aircraft before 2026.

The airline currently flies to 17 domestic and 83 international destinations after adding two new routes to Pakistan earlier this year.

It also revealed plans to recruit Saudi women as co-pilots for the first time in September.