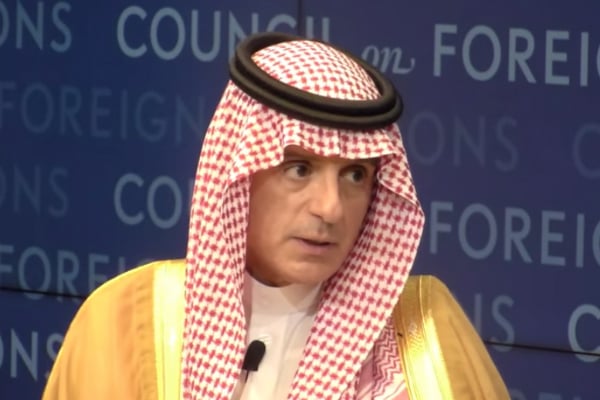 Saudi Arabia’s foreign minister has cast doubt on a quick resolution to the country’s dispute with Canada after saying the kingdom had ben treated like a “banana republic”.

Canada’s foreign minister Chrystia Freeland had indicated her intention to discuss the row with her Saudi counterpart Adel Al-Jubeir this week on the sidelines of a United Nations meeting.

However, she said at an event hosted by the Council on Foreign Relations in New York that the country would not be changing its position regarding activists arrested in the kingdom including women’s rights campaigner Samar Badawi.

Adel Al-Jubeir said at another event hosted by the council on Wednesday that Canada had the right to criticise the kingdom about human rights but its “demanding” of the release of detainees was a step too far.

“What are we a banana republic? Would any country accept this? No, we don’t. If you do this, you play into the hands of the extremists who are opposing our reform process,” he said.

The Saudi foreign minister added that the kingdom’s stance remained unchanged as Canada had not backed down and he demanded an apology from Ottawa.

“We did not do this, you did. Fix it. You owe us an apology. Apologise, say you made a mistake,” he said. “In Canada we became a political football. Find another ball to play with, not Saudi Arabia.”

He went on to say that Canada’s ambassador had been told by the Saudi public prosecutor that the charges against activists were linked to accepting cash form foreign governments, espionage and raising money for hostile groups.

“Some of them were released, others will go to trial and the evidence will be revealed to the world,” he explained.

Separately, Germany and Saudi Arabia agreed to end a diplomatic row this week after Germany’s foreign minister at the time, Sigmar Gabriel, issued comments appearing to condemn the kingdom’s war in Yemen.

This prompted Saudi Arabia to pull its ambassador from Berlin and freeze German companies out of contracts.