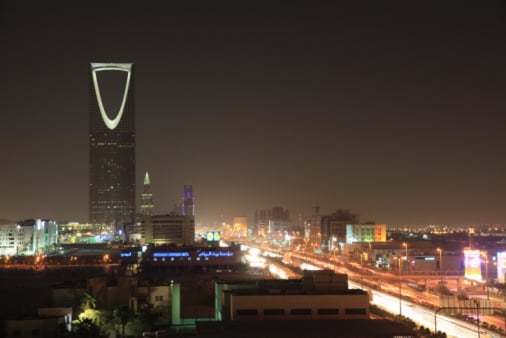 Saudi Arabia’s economy can achieve growth of 4.4 percent in 2014, in line with a forecast by the International Monetary Fund, the central bank governor said on Sunday.

“I do not see high risks in specific areas.”

The country’s economic growth slowed to 3.8 per cent in 2013 from 5.8 per cent in the previous year as oil output, which accounts for nearly half of overall gross domestic product, fell after a robust increase in 2012.

Actual government budget spending rose by a modest 6 per cent in 2012 and by the same rate in 2013 after a jump of over 26 per cent in 2011, when the Gulf monarchy boosted social handouts at a time of Middle East unrest.

Inflation in the desert kingdom is forecast at 3.0 per cent this year by the IMF, Mubarak also said, citing the Fund’s latest available prediction.

“I expect this will be reasonable. Results for the first few months of the year are less than 3 per cent.”

Consumer price growth eased to 2.8 per cent year-on-year in February, the lowest level since September 2012 when the statistics office launched its new rebased price index.