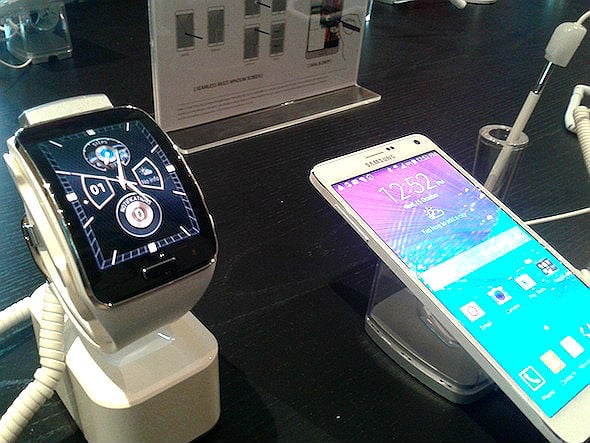 Samsung Electronics Co Ltd teased the market with hints of a new version of its Gear smartwatch on Friday, the same day that rival Apple Inc’s long-awaited wearable devices went on sale.

The South Korean tech giant’s official blog post showed images of smartwatch with a round face – which would be a first for Samsung – and naming several partners, including Baidu Inc, Yelp Inc and CNN.

Samsung also said it would release a wearable software development kit for third-party developers ahead of the launch.

The blog post came as the Apple Watch went on sale without the fanfare typical of the U.S. firm’s major product rollouts.

Apple’s offering is still expected to sell much better than any rival products to date. Researcher IHS expects shipments of more than 19 million Apple Watches this year, more than five times the number of all smartwatches shipped globally in 2014.

Samsung has launched six smartwatches since 2013 to build an early lead in the nascent market, but sales have been modest. IHS estimates that Samsung accounted for nearly one million of the 3.6 million smartwatches shipped globally last year.

The South Korean firm gave no other details on the new Gear smartwatch, such as when it may start selling, though the head of the firm’s mobile business said earlier in April that Samsung would launch products in the near future.