Samsung has released its Galaxy Note 10 smartphone in the UAE.

Samsung officials showed off the device at a launch event at Dubai’s Madinat Jumeirah on Tuesday. At the event, it was announced the devices themselves would be available across the UAE from August 30, in three colours: “aura glow,” “aura white” and “aura black.” 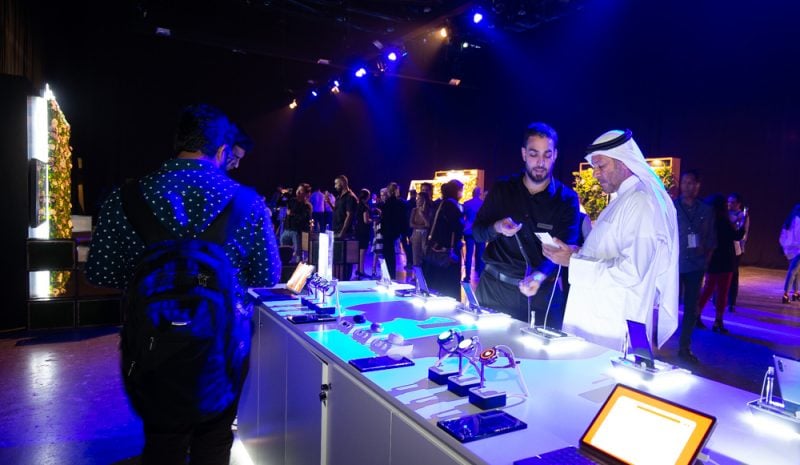 Among the upgrades of the Galaxy Note 10 from its predecessors are an improved camera, better display that reduces eyestrain-causing glair, faster processing speeds, and 30 minutes charging that is claimed to allow for a full day of device usage.

The device also includes an improved electronic stylus pen for writing. There is also a “game booster” function that improves performance – yet reduces power consumption – when playing mobile games.

Earlier in August, analysis firm Gartner released a report predicting worldwide smartphone sales would stand at 1.5 billion in 2019 – a 2.5 per cent decline from 2018.

According to Annette Zimmermann, research vice president at Gartner, lengthening smartphone replacement cycles are partially to blame for the decline in demand. She added sales could fall even further in the rest of 2019 as replacement of high, low and mid-end smartphones slows because of a perception among some consumers that newer models are not that much of an improvement from semi-recent releases.

AT A GLANCE: SAMSUNG GALAXY NOTE 10

Speed:
Up to 2Gbps download
Up to 150Mbps upload