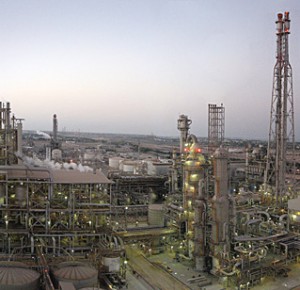 The affiliate of Saudi Basic Industries Corp (SABIC) , the world’s biggest petrochemical company by market value, said in a bourse statement it made net income of SAR1.15 billion ($306 million) in the three months to Sep 30.

The result was a 47 per cent increase on the second quarter of this year, when production was cut by a plant shut down.

Eleven analysts polled by Reuters had forecast profit of, on average, SAR985 million.

“The decrease in 3Q net income against 2011 3Q net income was due to the decrease of the average price of urea product,” Safco said in a statement, adding that production and sales volumes had however increased.

The company said the quarter’s gross income had fallen by 1.8 per cent on the year.