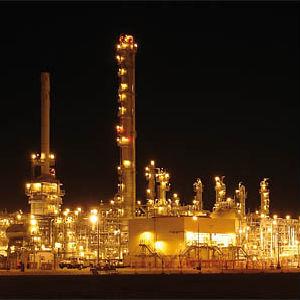 SABIC’s net profit fell five per cent to SAR7.27 billion ($1.94 billion), but this was better than the SAR6.74 billion that analysts surveyed by Reuters estimated.

“China was growing at a higher rate (before), then there was a slowdown in its economy, also the European slowdown…and high oil prices had an impact on raw materials cost,” CEO Mohamed al-Mady told a news conference.

He said that product selling prices overall continued to be satisfactory, given the circumstances, and sounded a bullish note on coming quarters.

“Prices are still reasonable within the economic situation…we will make good results in the coming quarters if there are no jitters in Europe,” he said.

SABIC’s profits fell sharply in the last quarter of 2011 after two successive quarters of record profits achieved on the back of surging product prices and strong global demand.

Since SABIC products are used in a wide variety of industries, from car manufacturing to house construction and cheap retail goods, it is highly sensitive to movements in the global economy.

SABIC benefits from government subsidised gas feedstock prices, which are a fraction of international prices, but was hit during the quarter by higher liquid fuel costs.

Brent crude rose 14 per cent during the quarter and now hovers around the $120 per barrel mark. On average, crude prices were clearly higher year on year in the first quarter.

By the end of this year SABIC plans to launch an iron plant with the production capacity of 500,000 tonnes which would help boost the firm’s products volume, Mady said.