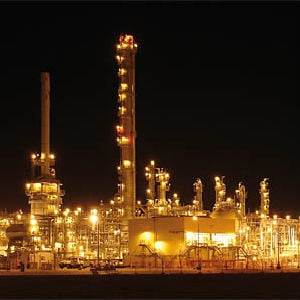 Saudi Basic Industries Corporation (SABIC) approved the distribution of SR15 billion dividends to shareholders at SR5 per share for 2011 during its annual general meeting on Saturday.

The company already distributed SR2 per share dividends to shareholders for the first half of 2011, and the remaining SR3 will be given for the second half of the year, reported Arab News.

“Perhaps the most important factor of our success in China is our partnership with Sinopec. We laid the foundation for a polycarbonate production complex with a 260 kilometric tonnes per annum capacity. When fully operational in 2015, SABIC will be one of the largest producers of polycarbonate in the world,” he added.

Earlier this month, SABIC also announced that it would invest $100 million into a new research and technology centre that it is building in Shanghai.

The centre, expected to be ready next year, will focus on creating engineering plastics materials for automotive, personal electronics, IT, alternative energy, building and infrastructure applications, the company said.

During its Saturday meeting, SABIC also unveiled a new brand strategy with the tagline, ‘Chemistry that matters’.