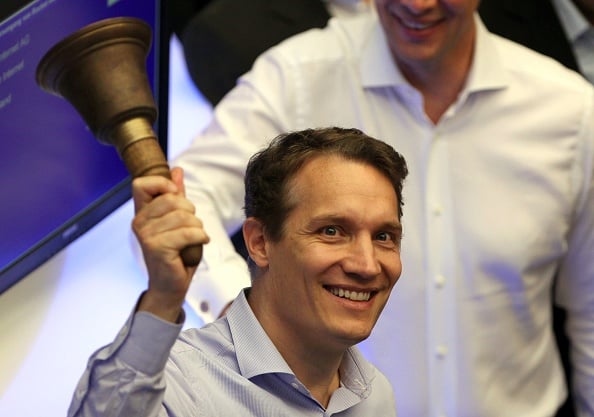 German tech entrepreneur Oliver Samwer created the controversial Rocket Internet company along with his brothers in 2007, which currently operates in more than 100 countries and employs over 25,000 people.

Accused of being a clone factory that creates copycat businesses in new markets, Rocket listed on the Frankfurt stock exchange in October 2014. Since the IPO, Rocket says the value of its portfolio of companies grew to €2.7 billion ($3.37 billion), up €74 million ($9.2 million).

Although Rocket’s shares faced a rough patch soon after listing, CEO Samwer has insisted that its portfolio of companies will yield profits over the longer term.

Stressing that e-commerce start-ups take six to nine years to break even, he told reporters: “Our opportunity is huge and our journey has just begun.”

Samwer has been very aggressive in his strategy, demanding the same qualities from the company’s portfolio of start-ups. In a controversial e-mail written to employees some years ago, he wrote: “I am the most aggressive guy on internet on the planet. I will die to win and I expect the same from you!”

Rocket, which expects to launch three more companies in 2014, bringing the total for the year to 10, also aims to launch at least another 10 start-ups in 2015, Samwer recently announced. The company’s mission is to become the world’s largest internet platform outside the US and China.