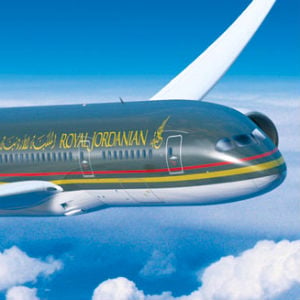 Royal Jordanian is in talks with airlines over a merger which it sees as “inevitable” in the current financial climate, according to a recent Bloomberg interview.

The article didn’t specifiy a particular carrier although speculation will now hover over fellow Oneworld partner IAG, and the rapidly expanding Gulf carriers – in particular Etihad, which has been on the investment trail after raising its stake in Air Berlin, which recently joined Oneworld.

A ‘triple whammy’ of the Arab spring, high fuel prices and increased competition has placed the airline under unprecedented pressure.

Last August, before the latest round of price rises, it said fuel accounted for 40 per cent of its operational costs.

To rein in costs, Royal Jordanian announced in February it was dropping Brussels, Munich, Al Ain and two more Gulf destinations, although it recently performed a u-turn on Munich saying it will remain operational.

The carrier operates 32 mostly Airbus aircraft. Two A310 wide-bodies are being retired this month and seven of its older A320-series single-aisle jets are due to be swapped for newer versions of the same type later this year. The first five of 11 Dreamliners on order are due to arrive in 2014.

Should a merger take place, it will mark the end of an era for the 49-year-old carrier, one of the most established in the Middle East and the first regionally to enter a global alliance.