Rolls-Royce Says 2014 On Track, To Return To Growth Next Year - Gulf Business 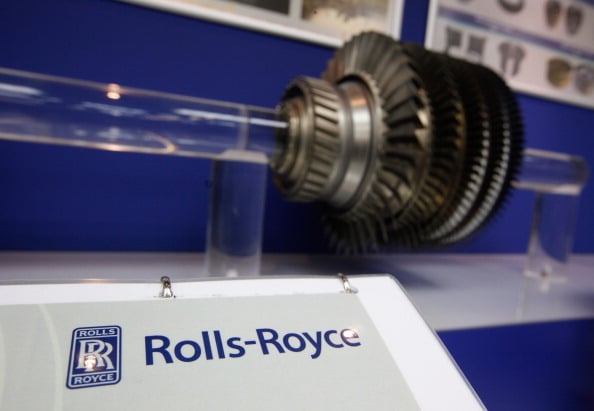 Aero-engine maker Rolls-Royce said it was on track to return to growth next year, after profits fell as expected in the first half due to shrinking defence spending, a strong pound and a struggling marine business.

The company kept its guidance for profit excluding foreign exchange movements to be flat this year, reassuring investors who were fearing an unpleasant surprise.

Rolls-Royce alarmed markets in February by announcing there would be a pause in profit growth in 2014, ending a decade of continuous rises as the company absorbed the impact of declining U.S. and European military budgets.

Shares in the company lost 1.7 per cent to trade at 1,037 pence at 0956 GMT, lagging Britain’s blue chip index which was flat, despite a first-half performance which analysts said was better than expected.

“There is still a hill to climb in the second half and the sceptics out there aren’t going to get completely comfortable until the third quarter management statement. We’re caught in a holding pattern until we get more medium-term guidance,” Liberum analyst Ben Bourne said.

Rolls-Royce, which has said that this year’s profits would be two-thirds weighted to the second half, is scheduled to provide its next update to the market in October.

Rolls-Royce, which made 1.76 billion pounds in pretax profit in 2013, also reiterated guidance for flat profit this year.

But that failed to fully convince analysts, whose consensus forecast stands slightly below that at 1.65 billion pounds, according to Thomson Reuters data.

“While there are challenges, we maintain our full-year guidance for the group,” Chief Executive John Rishton said in a statement.

They include difficulties in its marine business, which supplies power systems to ships, where profit was seen down 15 per cent to 25 per cent this year, worse than the 10 per cent decline forecast in May.

The company said improvements in other parts of the business would compensate for the shortfall in marine profits.

Espirito Santo analyst Edward Stacey said the nuclear and energy division’s strong profit growth – estimated by the company at around 30 to 40 per cent – would help compensate for marine’s poor performance, but noted that under a deal struck earlier this year, Rolls-Royce had already agreed to sell part of this division.

“So actually the ongoing Rolls-Royce businesses are a bit weaker than previous guidance,” he said, when asked about the share price weakness.

Rolls-Royce agreed in May to sell part of its energy and nuclear division – specifically its energy gas turbine and compressor business – to Siemens in a 785 million pound disposal, a deal it expects to complete at the end of the year.

Guidance for flat profits was excluding currency headwinds, Rolls-Royce said, repeating what it said in May. It added that it expects foreign exchange moves to shave about 70 million pounds off profit this year given current rates.

The pound has gained over three per cent over the past six months against a trade-weighted basket of currencies, making foreign exchange drag a common theme for British companies reporting first-half earnings.