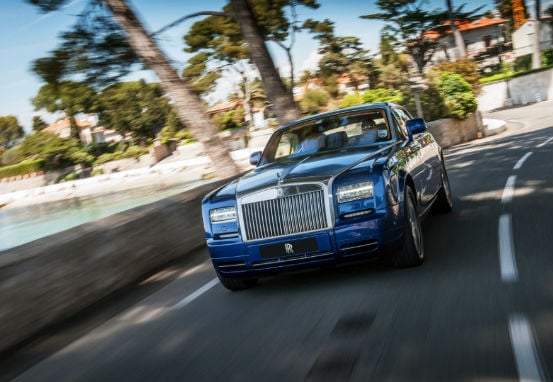 Rolls-Royce reported a third consecutive record year in 2012 as they sold their largest number of cars ever, with particularly strong growth in the Middle East.

Sales were up 26 per cent in the region with Abu Dhabi performing well and Saudi Arabia alone growing by 63 per cent.

“I was exceptionally pleased with the growth here in the Middle East,” said Torsten Müller-Ötvös, CEO of Roll-Royce Motor Cars.

“I would really like to play tribute to the exceptional dealer performance but also it is a great indicator for a very healthy economic situation here in the region, which is very pleasing to see.”

Speaking to Gulf Business, Müller-Ötvös said the luxury brand is looking to expand in Saudi Arabia, Lebanon and grow existing dealerships in the GCC, and believes the results indicate the region has recovered from 2008.

“You can say [the market] has fully recovered. We have seen exceptional growth here and I’m very optimistic for the Middle East. This is definitely a market we are counting on for our strategy.”

Müller-Ötvös describes the brand’s Middle East segment as a ‘remarkable cornerstone’ in Rolls-Royce’s overall worldwide performance, labeling the region stronger than Europe. The Middle East accounts for almost 20 per cent of the company’s global structure.

The Rolls-Royce bespoke personalisation programme also set a new record with three out of four Ghost models and 95 per cent of Phantom models having bespoke work added.

The Middle East was once again the most prolific bespoke market in terms of revenue per car.

“Bespoke is extremely popular here. You can say that there is no car we sell here in the Middle East without being bespoke,” said Müller-Ötvös.

“Everything is possible; your imagination is the limit. You buy a Rolls-Royce to reward yourself for a success in life, and I think many of our customers are putting quite some time into how that car should look at the end of the day.”