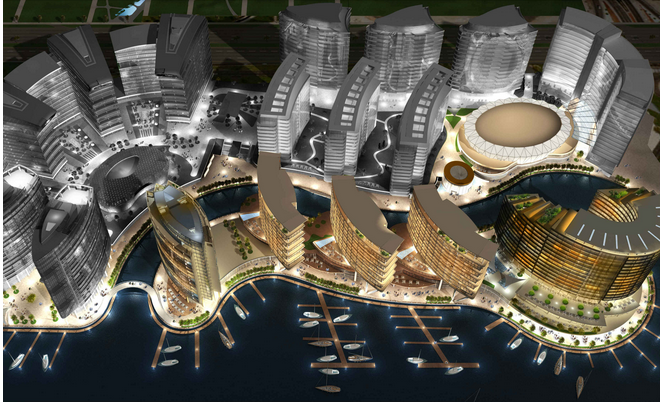 Dubai hotel operator Roda Hotels is on an ambitious drive to become a regional player with more than 4,330 rooms under development.

The operator, a unit of stateowned Dubai International Real Estate, currently has two properties open – the 222-room Roda Amwaj Suites in Jumeirah Beach Residence and 40 Roda Boutique Villas in Jumeirah. It has plans for at least nine others in the UAE and further afield according to figures seen by Gulf Business.

These include three hotels at the Dhs 4bn Jewel of the Creek development between Floating Bridge and Maktoum Bridge. A five-star property with 438 rooms is planned to open at the development by the third quarter of 2017 followed by a four-star ‘fashion’ hotel with 403 rooms and a three-star ‘plug and play’ property with 405 rooms in Q2 of 2018.

It also has plans for two larger hotels. One will be a five-star property positioned on the edge of the Dubai Canal project. It will include 523 hotel rooms, 255 apartments and eight villas. The second, a four-star property opposite Al Bustan Rotana in the Al Garhoud area, will have 920 rooms. Both are scheduled for completion in Q2 of 2019.

The company also has plans across the region, according to chief executive officer Imad Elias.

“We are working on projects in Abu Dhabi, all under negotiation, Egypt, and Jeddah, Saudi Arabia – under the Roda brand,” he said. “We are going to remain a regional company for the Middle East but we may expand into Africa, Greece, Cyprus and Iran when the sanctions are lifted. We want to be in all major cities in the Arab world.”

He denied that current market turbulence and low oil prices would impact the company’s plans.

“All our projects are financed by local banks and the local banks have the appetite to spend in Dubai because we all believe in Dubai, [there will be] no scaling back whatsoever.”