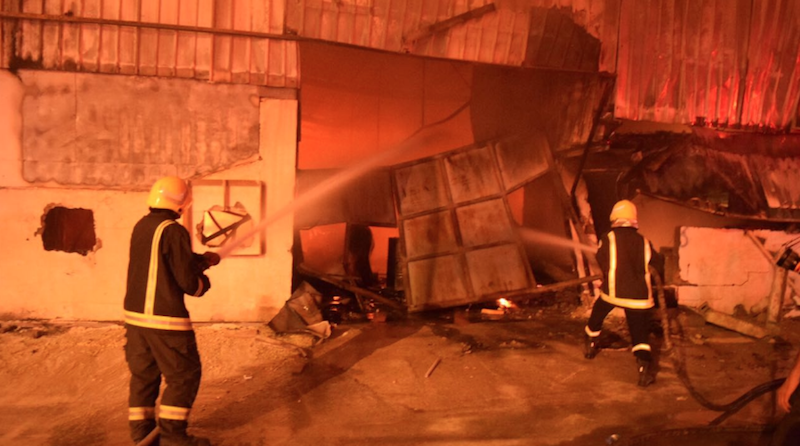 A fire at a carpentry workshop in Saudi capital Riyadh on Sunday morning left 10 people dead and three others injured, according to local media reports.

The workshop, spread across an area of over 600 square metres, was engulfed in the blaze.

Civil Defence officials battled huge flames of fire and fumes billowing from the entrance of the workshop, located in the Badr district of Riyadh.

The Civil Defense confirmed on its official Twitter account that the identities of the victims are still unknown.

The cause of the incident has not yet been revealed and an investigation has been launched into it.

Saudi has seen a spate of fires in recent times. In July, a fire in a residential building in the city of Najran left 11 people dead and six others injured.