Revolution? But Has Anything Really Changed? - Gulf Business 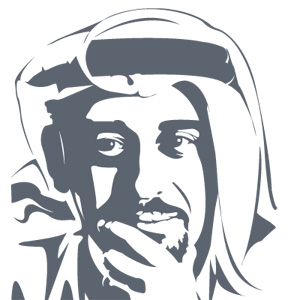 Allow me to start with a proviso. I am not being negative or positive. I simply want to write based on what I see – and not what I hope will be.

To the everyday Arab what is happening is a godsend. No one a couple of months ago would have thought such a sweeping change could happen in the Arab world. As a people, we seemed quite content with our lot in life and ready to bow our heads to the person who wielded the biggest stick. We always thought that politics and social issues were beyond our comprehension and therefore beyond our care. The fact that a few voices in the wilderness talked meant as much as a shout in the dark. No one knew who was making noises but, more importantly, no one cared.

Now we see Tunisia, Egypt, Libya, Yemen, Bahrain and Oman are all going through a new birth. But as with all births, it is painful, long and bloody. But the problem is not the birth; it is the child that is born who matters. You see the birth is the just the beginning. The hard part starts after the child is born. How we take care of the child, teach him or her and create the right environment for the child to grow up into is what will determine to a great extent the type of person that child will grow up into. Like the child, any revolution is defenseless as it comes into being. It is at the beck and call of those who are taking care of it.

Revolutions are the same and start becoming the pain that they initially tried to eradicate in the first place. Eventually, the child dies and so do revolutions. It is a circle that must happen. But then, if that is the case, why have a revolution in the first place? The simple answer is that revolutions are important sparks but it is the evolution of the revolution that we should all nurture. To transform an ideal from thought to reality takes time and needs the brains of many as well as the brawn to help change what was good at one time to what is good now. The reason most revolutions happen is because the old system doesn’t suit the current situation but certain people who benefit from it are not willing to adapt and fight it to the bitter end.

Indeed, it is easy to crack an egg but it takes a master chef to make that simple egg a meal. We all can be the person who breaks the egg. But how many of us are willing to learn what it takes to make that egg a meal?

The sad thing is that most of these revolutions are destined to fail. Some might succeed but most will fail. Let’s take Egypt for example. Yes Mr. Mubarak is gone but has the system that propped him up changed? Has the military that has ruled Egypt since the fifties changed? That too was a revolution. How successful was that to Egypt? Some people loved and adored Gamal Abdul Nasser and still do as the leader of the revolution. But has that system changed Egypt for the better or worse? I could bore you with facts that would bear out my argument that Egypt actually lost ground on all important factors but that won’t matter if you believe in the Arab revolution sparked by Nasser. Today, the Egyptian military owns more than 10 per cent of the GDP of Egypt and has its hand in every pie. True Mubarak is gone but haven’t the military effectively taken over? They have dissolved the constitution, hung the parliament, did not repeal marshal law, and have not freed the press. So what has changed?

I was proud to see the Egyptians stand up to a tyrant, but was he the tyrant, or just the face of the tyrant?

What happens in Tunis will be the best litmus test for me. It doesn’t have an all powerful military. It has credible political parties. It is has a very educated population and more importantly, it is showing all the signs of evolving into a true democracy. Only time will tell whether they have hit the right formula or not.

Before anyone argues that there are successful revolutions, may I point them to the best four examples of revolutions that we know of: the Chinese, Russian, French and American. Let’s forget the first two unless you consider killing millions of your own as a mark of success and focus on the latter two. In the French revolution, the amount of blood was so tremendous that Mr. Robespierre, the man in charge of the revolution, created unprecedented bloodletting in Europe.

It was called “the reign of terror.” And even 100 years after the revolution in France, the country had already been run by one emperor, Napoleon, and three Kings – Louis XVIII, Louis XVII and Napoleon III. It took two world wars and around 150 years for France to finally become a proper democracy. As for the US, which had its revolution in 1776, the deadliest war on US soil still followed afterwards, claiming the lives of at least 600,000 military personnel and countless civilians.

As for the business implications, there is no doubt that with a revolution comes chaos and disruption. Money, being a fickle child, never likes being in the company of either. For the immediate future, any country that is in the throes of a revolution can assure its economy that they can kiss the money flow goodbye. No one will consider spending in a war zone.

Bahrain is a leading financial hub for the region and a banking haven for the Gulf with one of the best run central banks in the Arab world, is now reeling from the pressures of the destructive forces. Even after King Hamad offered the opposition an olive branch, they decided to spurn it and that whirlwind will have dire consequences. Business is at a standstill.

And even shopkeepers are wondering when the situation return to the status quo. Many SMEs will cease to exist if the situation continues and, as a result, the livelihood of many will collapse. The irony of this situation is that one of the big demands in Bahrain by the opposition was that the government was not providing the people enough jobs. Yet now, with all the companies that will shrink and close – and with further investments from overseas unlikely in the foreseeable future – this goal is looking more distant by the day.