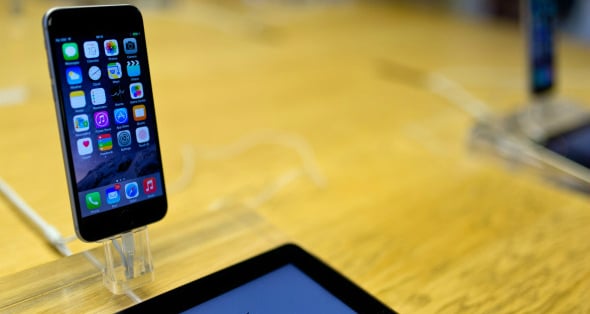 It was perhaps the most awaited phone of the year along with its elder sibling, the iPhone 6 Plus. The phones, of which the details were uncharacteristically leaked in the days leading up to the launch, have once again seen blockbuster sales across countries including the UAE.

Having recently got hold of an iPhone 6, we were keen to evaluate whether it matched up to the iPhone 4, the last device we would truly call revolutionary out of Apple’s stables. While our overall verdict is somewhat mixed, the iPhone 6, which retails for Dhs2,599 for the base version, has some great features.

If you look at the design first (and no, it does not bend!), you can see a clear departure from the iPhone 5S. We have a more rounded, but similarly premium looking phone that is thin – while the 5S was 7.6mm thick, the 6 measures in at 6.9mm – and feels even thinner thanks to the curved glass design.

This is because Apple has done away with the sharp industrial edges of the last iPhone variant. However, at the same time, it does feel a bit fragile – something that its owes to its thin form factor and that curved glass – even if we’re sure that the metal back will hold.

Surprisingly, Apple has also done away with the flush camera on the backside. As evident by the numerous complaints of Nexus 5 owners, the protruding camera lens does get scratched and chipped before the rest of the body does.

The iPhone 6 has volume and power buttons on the sides and a round Touch ID home button on the bottom that works as flawlessly as it did on the 5S. If and when Apple releases Apple Pay (the new payment technology it has developed) in the UAE, there will be more to the Touch ID function. However, be prepared to stretch your thumb further across the large screen to access it.

On the size, here are our thoughts. It was better smaller. Right now, due to that bezel around the screen and the curved glass, the iPhone 6 feels as large as a Nexus 5 that has a 4.95-inch screen. Apple probably even recognised that, adding a software feature called Reachability, which pulls the top half of the display down to the middle at a double-tap of the home button.

The processor on the iPhone 6 sees an upgrade too. According to Apple, the new A8 processor will offer a 25 per cent boost in speed and 50 per cent graphics boost over the iPhone 5S though it’s a similar 64-bit quad core chip. It’s fast, but we felt that the Moto X and M8 were similarly fast if not faster.

The camera is definitely better than all of the previous iPhones. While it’s the same 8-megapixel shooter, it comes with a new sensor i.e. it is much faster at focusing when taking shots.

The iPhone 6 comes with iOS 8 and unlike the previous variant, which has reportedly been troubled by this new update, works almost flawlessly. If there is a complaint, it is that it’s not the giant leap that we expected from Apple, which is not held to the same benchmarks as Samsung or Motorola.

However, iOS8 does have an array of new functions, the most interesting of which for us is the seamless hand-off to OS X Yosemite-running Macs, and HomeKit for smart-home connectivity.

What does not work at all is what has not worked at all in previous iPhones – the battery life. The iPhone 6 tops out at a maximum of 10 hours on regular use.

Apple is one of the most innovative companies on this planet, and therefore, it is truly puzzling that it would not fix this one problem that has plagued all iPhones in this past. No one would have grumbled if they had made the phone slightly thicker but added hours to the battery life. Instead, they strove for thinner and lighter.

And that is where our problem with the iPhone 6 lies. For it to have been truly innovative, the iPhone 6 should have broken new ground on everything from the shape to the software to yes, again, the battery.

Instead, what we have is a good, perhaps even great phone in some books, which never offers anything revolutionary. In other words, it’s not a phone you should be queuing up for overnight.