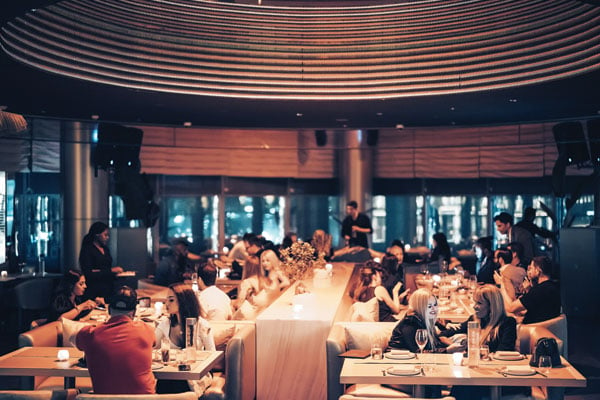 Setting up a dining outpost at Burj Khalifa is a tall order. After all, it’s going to be measured against record-breaking restaurants like At.Mosphere, the world’s highest restaurant where breakfast includes decadence like eggs benedict with truffles and smoked salmon with caviar, and Armani/Hashi where sushi and sashimi is a practised art form.

3BK – the name derived from the fact that it is located on the third level of the Burj Khalifa – is a bold 23,500 square-foot independently managed restaurant. Designed in a metallic and gold theme with dim lighting, this space previously served as an events space for the Armani hotel. There’s an outdoor seating area too with spectacular views of the Dubai Mall fountain, ramping up the total seating capacity to 250 people.

While there are six- and eight-course tasting experiences at this licensed venue, we opted for the a la carte menu instead. We began with the crispy prawn tacos that consisted of tacos with tiger prawns and spicy yuzu mayonnaise. The scallop stones that we ordered next came closest to what 3BK calls ‘a multi-sensory dining experience’. In a mashup of theatre and food artistry, chilled scallops were coated in Greek yoghurt and covered in squid ink to resemble pebbles. They were placed in a bowl alongside real pebbles. The hissing dry ice added in the centre of the bowl was the audio cue to remind us of the sounds of being oceanside. 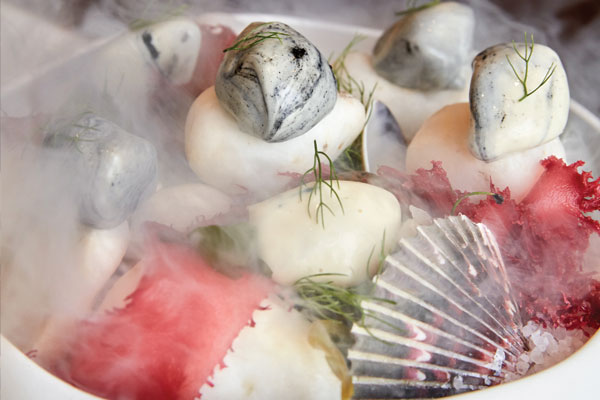 The mains are reduced to – thankfully – only a handful of offerings. The seafood rice was spot-on with the mussels, tiger prawns, clams and squid all mixed with bomba rice in a way such that the rice wasn’t overpowered with the seafood mixed into it. Also, if you order the lamb chops served with wild rice, ask for a side of the truffle fries too which are a perfect accompaniment to the Korean marinated lamb chops. For the dessert, order the cheesecake which is infused with mango-jelly. Apart from a passionfruit glaze, a mango sorbet is served alongside too.

If there’s one thing that head chef Esteban Torregrosa, who you’ll remember from his days at Laluz in DIFC, has unambiguously signalled with his food at this restaurant, it is confidence. And for a restaurant ope-rating inside the world’s tallest building, it’s that one ingredient that will make all the difference to the success of 3BK.