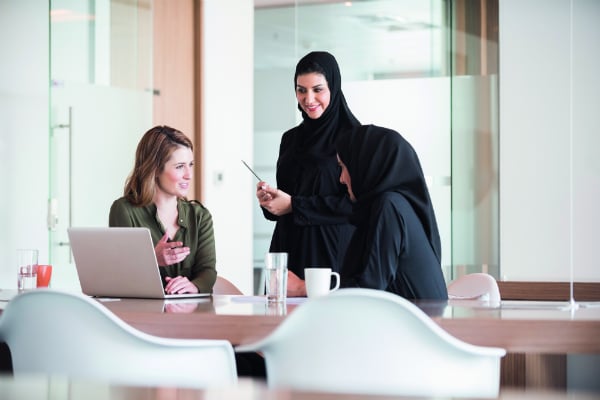 The world’s best places to work have been revealed – and several companies with a significant presence in the UAE and Saudi Arabia made the list.

Several companies with large numbers of employees in the UAE and Saudi Arabia are on the 2019 edition of the 25 World’s Best Workplaces list, released by global workplace culture firm Great Place to Work in partnership with Fortune.

Cisco leads the rankings for the first time. In second is Hilton, ahead of Salesforce.

Beside Cisco and Hilton, multiple companies with significant presence in the UAE and Saudi Arabia are on the list. Among those is DHL Express, which moved up from sixth worldwide in 2018 to fourth in 2019. Sixth-place SAP and seventh-place EY also have significant regional operations.

To qualify for consideration in this year’s rankings, companies had to appear on at least five of Great Place to Work’s national Best Workplaces lists – published with media partners in 58 countries and territories – and also must employ more than 5,000 workers globally.

More than 8,000 organisations participated in the survey, representing the voices of more than 12 million workers.

Great Place to Work Middle East CEO Michael Burchell said the region’s representation in the rankings was something to be “very proud” of. “Our objective is to evolve the work culture in the GCC countries and the Middle East via empowering employees and accelerating performance, to reach their full potential.”

In a separate Global Pulse Study, Great Place to Work surveyed more than 9,400 workers in 23 countries to learn more about the work experience at a diverse sample of companies across many industries.

Among other things, the study revealed roughly half of workers report not having a great workplace experience.

AT A GLANCE: WORLD’S BEST WORKPLACES
(according to Great Place to Work in partnership with Fortune)