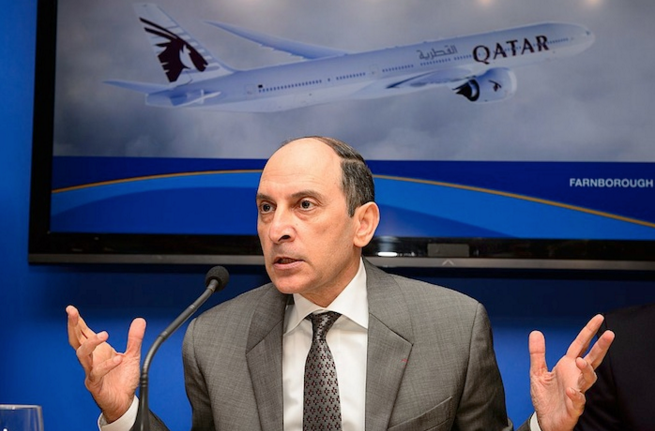 The fifth edition of the annual Gulf Business Arab Power List has been published in our February issue and Qatar has a significant showing.

Our rankings show that 10 – or 20 per cent ­­­– ­of the region’s most powerful people reside in Qatar. Numbers that are all the more significant considering that there are less than 300,000 Qataris in the country.

Sector-wise, our entrants range from transport, to finance, industry and culture and society.

In a year that saw US and European airlines accuse Qatar Airways and its Gulf peers of being unfairly subsidised, the airline’s controversial chief executive was always going to come out swinging. At different events throughout 2015, he delivered jabs at his American opponents including a press conference at the Paris Air Show where the company signed contracts for 14 Boeing 777s. “I hope that the gentleman at Delta knows that we are creating even more jobs in the US by buying these planes,” he told reporters. With the addition of Atlanta, Boston and Los Angeles to Qatar Airways’ route map this year, it is clear Al Baker is not going to let allegations of unfair competition impact the airline’s ambitious expansion plans.

Al Kaabi leads two of Qatar’s most important business assets, Qatar Petroleum – in charge of oil and gas activities – and Industries Qatar. The latter leads the emirate’s industrial efforts. He joined QP in 1986 as a student studying petroleum and natural gas engineering, eventually climbing the ladder to become managing director in September 2014. The executive has recently turned his attention to renewable energy via a $500m joint venture between QP and Qatar Electricity and Water Company signed at the end of last year.

It would be fair to say that 2015 shook the football world. Long-standing allegations of corruption in the football governing body FIFA finally led to arrests in May. Many of its top executives were questioned in investigations that are still ongoing. In response, Al Thuwaidi – the man responsible for leading the Qatar 2022 World Cup Bid Committee and now the coordination of the tournament itself – was defiant. In an interview in December, he continued to maintain that the country had been the victim of a campaign “without any shred of evidence” and described hosting the tournament as more necessary than ever considering the global political climate. Should Qatar reach 2022 with the tournament’s credibility intact, Al Thawadi, who is also general counsel at Qatar Investment Authority and Qatar Holding, will surely deserve much of the credit.

Ruling family member Sheikh Abdullah stands at the helm of one of the world’s largest investment funds with an estimated $334bn in assets, according to Sovereign Wealth Center. This comes on top of his responsibilities as chairman of Qatari telco Ooredoo, a position he has held since 2000. Last year QIA – which owns stakes in Credit Suisse, Total and London’s Canary Wharf – made a number of major moves. These included a pledge to invest $35bn in the US over the next five years following the opening of its New York office. It also committed to investing $20bn in Asia.

Al Emadi’s financial credentials were proven in 2013 when, after spearheading the growth of the region’s largest lender for eight years, he was asked to become the country’s finance minister. Now QNB’s chairman, he continues to play a key role in its growth. In its most recent financial results in September, the bank’s net profit grew 9 per cent to QAR 8.7bn and its total assets were up 9.6 per cent to QAR 521bn. Meanwhile, in his government role Al Emadi continues to oversee Qatar’s budget with the aim of achieving solid growth despite recent pressures from low oil prices.
Pick up the February issue of Gulf Business to browse the entire Arab Power List 2016.