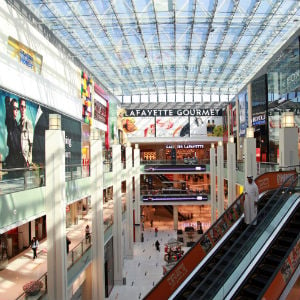 The UAE is the world’s second most international retail market, according to a survey report released by property adviser CBRE.

Here are the top ten nations that are most popular among global retailers, according to the survey.

“Retail has been one of the fastest growing industries and one of the leading drivers of economic growth in the UAE in recent years as the rising population and urbanisation, expatriate wealth, strong household consumption and modern retail concepts, as well as a thriving tourism sector, continue to provide ideal conditions for growth,” Hamad Buamim, Director General, Dubai Chamber, said in a statement.

The report also found that Dubai was the second most attractive city for retailers, second only to London.

“For European and Asia-Pacific retailers Dubai is the most important target area for expansion, and the MENA region as a whole is reported to be the second most important globally,” said Nicholas Maclean, managing director of CBRE Middle East.

Overall, the report said that the global footprint of retailers grew 2.1 per cent in 2011.