Public parking in Dubai’s Barsha Heights will no longer be free from next month.

Parking meters have come up across the area and the zone has been marked as ‘A’, meaning rates will be charged at Dhs4 per hour – the highest hourly rate in Dubai.

Users also have the option to pay Dhs2 for half an hour.

Details on the meters, installed by the Roads and Transport Authority (RTA), reveal that they will be operational from November 17, 2018. 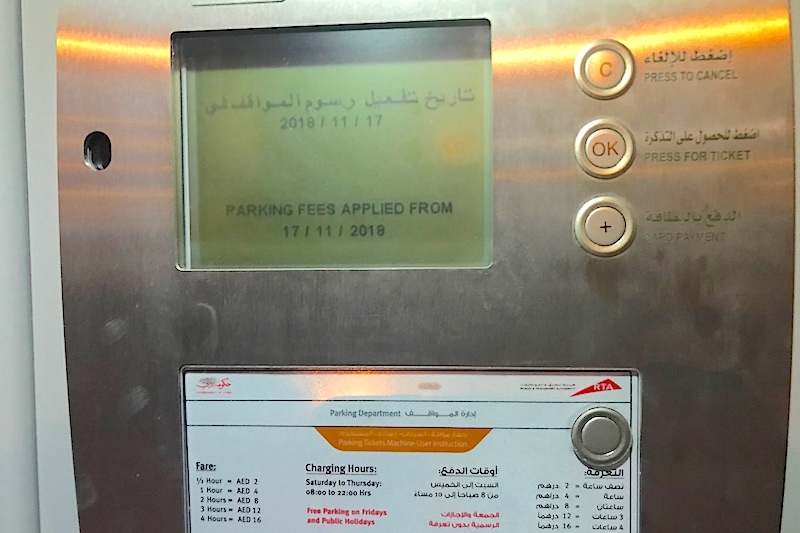 Barsha Heights, a mixed use community with residential, commercial and hospitality units, has been developed and is managed by Tecom – part of Dubai Holding.

It is one of the last few areas in Dubai where parking remained free until now.

In December last year, paid parking was introduced at Jumeirah Lakes Towers, after its developer Dubai Multi Commodities Centre (DMCC) signed an agreement with the RTA to oversee the management and operation of visitor parking.

The first phase covers 1,936 parking slots, which are classified into different zones depending on the needs of the area. The fee ranges from Dhs4 to Dhs10 per hour.

Currently, most of the public parking zones in Dubai are paid, with charges at zones A, E and G are priced at Dhs4 per hour, zone B at Dhs3 per hour and zones C, D and F at Dhs2 per hour.

Earlier this year, it was reported that the RTA had announced a new scheme allowing citizens to use public parking near their home free of charge.

Special parking permits are available for citizens who live within 500 metres of public parking areas featuring the authority’s orange signs.