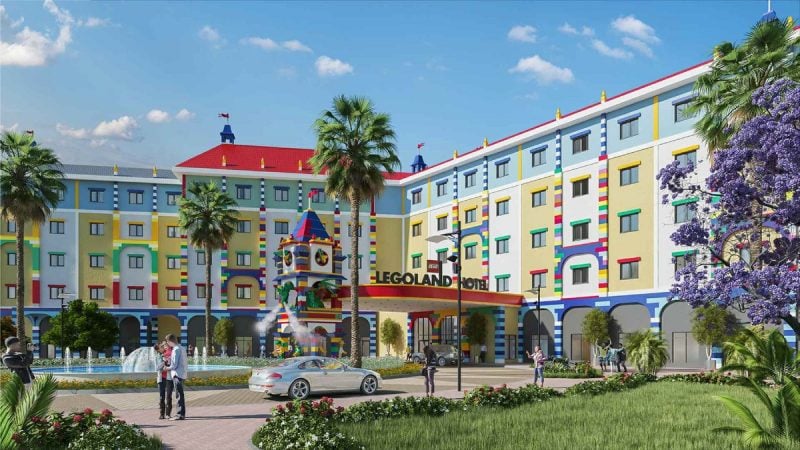 An artistic drawing of the region’s first Legoland Hotel set to open in Dubai next year has been revealed.

The hotel, coming up in theme park destination Dubai Parks and Resorts, is set to open in 2020, operator DXB Entertainments confirmed last week.

On Monday, Dubai Media Office took to Twitter to reveal an artistic impression of the 250-room hotel.

LEGOLAND® Dubai, part of @dxbparksresorts, the largest integrated theme park destination in the region, has released an artistic drawing of the first LEGOLAND Hotel. The first of its kind in the Middle East, the 250-room LEGOLAND Hotel is set to open in the first half of 2020. pic.twitter.com/9H6Cmfn2wk

First announced in early 2017, the Legoland hotel is being developed as a joint venture with the UK’s Merlin Entertainments Group.

The hotel will be built on 300,000 square feet of land adjacent to the Legoland Dubai theme park and become the seventh to open worldwide.

It will feature Lego models in every room, a disco elevator, castle play area and themed rooms.

DXB Entertainments said it owns 60 per cent of the venture with Merlin taking the remaining 40 per cent.

Last week, DXB Entertainments confirmed that Dubai Parks and Resorts will have more than 1,300 hotel rooms by next year.

“We will have more than 1,300 hotel rooms available by 2020, as the Rove Hotel opens during 2019 and Legoland Hotel opens in 2020,” said Mohamed Almulla, CEO and managing director, DXB Entertainments.

Read: First Legoland hotel in the Middle East to open in Dubai in 2020