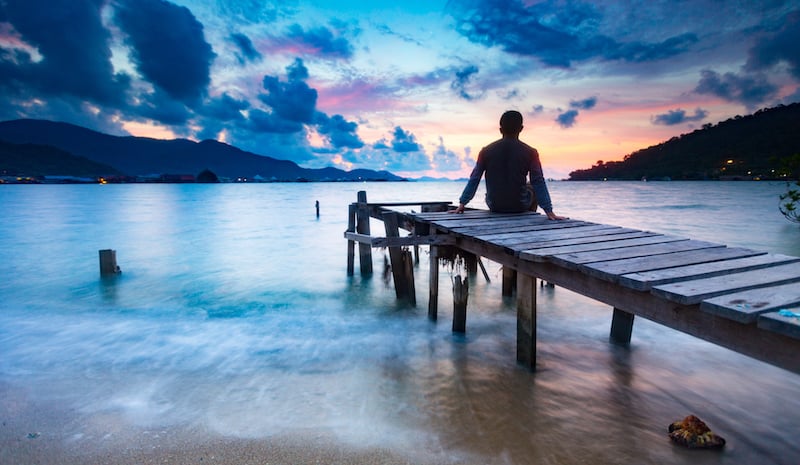 The 2010s were the decade when travel became easier. The arrival of short-term lodging services, the embrace of “second cities,” and the rapid growth of budget airlines both shrunk our globe and made it more intriguing. And the siren song of social media sent us to far-flung corners in search of “authentic,” “local,” and “undiscovered” places, or (contrarily) to recreate influencers’ brilliant snaps.

But if travel became something of a competitive sport in the last 10 years, it’s starting to loosen up. As it turns out, trying to visit every country in the world before turning age 40 — or simply checking off three bucket-list cities in a weeklong trip — is exhausting. The overwhelming number of booking channels and sources of inspiration has left travellers confused, too, struggling to figure out how to maximise every minute of their precious vacation days.

That’s why “slow travel,” which lets you get under the skin of a place by simply staying put there for a little longer, is gaining traction. The idea doesn’t just make for more restful time off, it’s also more environmentally sustainable and fulfilling. It underscores the majority of the trends that will reshape the way we think about our adventures in 2020 and beyond.

We’ve already told you about carbon offsets and how it’s getting easier to properly offset your flights. But in 2020 that trend will go much further.

Cool Effect, the company we like best for carbon offsets, will release tools to help you offset the carbon footprints of your cruise vacations. Several airlines, including EasyJet, are setting goals to offset their entire fleets’ emissions. And tour operators are getting in on the act, making sure that our footprint on the ground nets out, too. Leading the pack is Natural Habitats, which in 2019 began offering zero-footprint itineraries. Now the company is one-upping that idea by offsetting travelers’ entire lives for a full year if they book one of its Climate Change & Our Wild World trips. (The offset calculations are based on home size, electricity bills, monthly expenses, and air and driving miles.) Led by experts from the World Wildlife Foundation, travelers can venture to see such spectacles as the whale migration in Cabo, the Amazon rainforest, or polar bears in the Arctic.

Other companies that are offsetting trips in 2020 include Metropolitan Touring (which runs wonderful tours and hotels in Colombia and Ecuador) and MSC Cruises. There’s also Intrepid Travel, which is aiming to be carbon negative in the year ahead rather than simply carbon neutral.

There isn’t a lot of idyll in our hyperdrive lives, and maybe that’s why gardens are becoming an increasingly popular hotel feature. It sounds quaint, almost boring—and yet that’s the whole point. You can already commune with nature this way in places like Gleneagles, the iconic Scottish estate which just redid its grounds to highlight more authentic local plants and flora rather than imported flowers. At the 300-year-old Dromoland Castle in Ireland, also fresh off a big renovation, you can go on official garden tours with the property’s head gardener, Dorothy Madden.

But rambling grounds are expected in that part of the world. Better proof of the trend lies in the Hamptons, where the new Shou Sugi Ban house puts a spotlight not on the ocean but on meditative Japanese gardens designed by landscape architect Lily Kwong. Or in Marrakesh, where the rambling Royal Mansour includes 3.7 acres by Luis Vallego, who’s been honored with the Order of the Rising Sun from the Emperor of Japan for his work with bonsais. To better highlight its Andalucian-inspired jardin, the hotel is expanding its grounds to include a “nest” where guests can have a private dinner surrounded by palms, vines, and aromatic plants.

The most spectacular example will be just outside Paris, where the new Airelles Château de Versailles will let guests sleep in the palace so beloved for its almost 2,000-acre gardens. Much of the experience will be oriented toward the epic green space—even the Alain Ducasse restaurant on-site will be housed in a glassed-in orangery that trains your eye constantly outdoors.

Your Vacation Will Start Before You Leave Home

If you book a villa at Rosewood’s Las Ventanas al Paraiso in Los Cabos next year, and if you live in select cities including Chicago, New York, and San Francisco, your stay will begin before you head to the airport: The property is arranging for butlers to greet you at your front door, drive you to your departure hub, and treat you to all sorts of personalised goodies along the way. It’ll also offer the service on the way home to prolong the joy of being on vacation as long as possible.

Similarly, Hawaii’s new Mauna Lani will offer a “pre-arrival experience” when it opens in January, such as sending guests a customised, special-edition Arlo Skye suitcase enclosed with invitations for guided, stand-up paddleboard classes.

Will either of these services deliver something that wealthy travellers need? That’s not so clear. But the race has begun to extend the hotel experience far beyond the limits of the physical property.

All-Inclusive Will No Longer be a Four-Letter Word

Several of the biggest hotel openings for 2019 were of an unusual variety: all-inclusive luxury resorts. But they weren’t exactly branded as such.

Blackberry Mountain opened in February with rates that include everything from meals to hand-thrown pottery and aerial yoga classes. That’s in contrast to its older sibling, the hyperluxurious Blackberry Farm, which charges $175 for a tree-climbing session, $250 for stand-up paddleboarding, and $250 for a seven-course dinner with wine pairings. (Interestingly, even with its built-in activities, the newer, less formal property is far less expensive.)

In Chile, the wine-focused, $1,200-a-night Puro Vik is also new and all-inclusive—you won’t be charged a penny no matter how much of their cabernet sauvignon you drink or how much Andean horseback riding you want to do. And when the Shangri-La’s Fijian Resort & Spa on Fiji’s Yanuca Island reopened in April, it became all-inclusive, too, recognizing that most guests who visit are happily confined to its offerings.

Even Marriott International is getting in on the act. It acquired the all-inclusive brand Elegant Hotels in October and is renovating all seven of its Caribbean hotels. Says Marriott President Arne Sorenson, “There is a strong and growing consumer demand for premium and luxury properties in the all-inclusive category.”

If you’ve ever spent $32 for the cheapest glass of wine at your hotel in the Maldives, you know all this is a welcome relief. Sure, some all-inclusive models are meant to guarantee that you’ll spend all your vacation budget in one spot. But by definition, they liberate consumers from attaching dollar amounts to each of their desires—and that, really, is priceless.

Travel clubs might make you think of old-fashioned agencies and AAA programs selling discount trips through generic brochures, but these days they’re turning into something else entirely. They might be one of the most sophisticated ways to book travel.

Take Inspirato Pass, a subscription that acts like an all-you-can-travel buffet. It starts at $2,500 per month, which includes as many nights as you wish in the company’s partner hotels, luxury homes, or even on cruise ships. Certain exclusive experiences, like VIP access to marquee sporting events, are also included. (If you want to book more than one trip at a time, or travel with more than your partner or spouse, the cost gets incrementally higher.)

Third Home, a mansion-sharing platform for people with extraordinary vacation homes, offers its Reserve club that is, well, reserved for those with the most extravagant digs. Members are invited to rent one another’s properties (minimum value: $5 million) at a steep discount.

And then there’s Prior, a membership club for the culturally curious. In its second year, the company is continuing to expand its “Nomadic Clubhouse” events, similar to intimate, members-only parties in spectacular settings. One will celebrate the Hindu festival of Holi at the invitation of the Maharaja of Jaipur; another will spend a long weekend in Uruguay eating fire-cooked meals prepared by the legendary chef Francis Mallmann.

… And So Are Hotel Clubs

For years, hotels emphasised the importance of getting locals in their doors—both to drive ancillary revenues at restaurants and to infuse them with an “authentic” vibe. Now that hotels are legitimate hangouts, the best of them are offering their most alluring spaces only to those who pay up.

See Aman Resorts, whose Manhattan property opens this year with $50 million condos and its first members club. Those who sign up will have exclusive access, along with guests and residents, to the hotel’s three-story spa. Other properties are making similar moves, including the Six Senses (also in New York), the Dorchester Dubai, Auberge’s Commodore Perry Estate in Austin, Texas, and the Almanac Vienna, all opening with membership clubs in the coming year. In some cases, they’re focused on spa and wellness offerings; in others, it’s more about access to frequent events programming and dedicated “living-room-style” areas. Think of them as Soho Houses—with a dash less attitude yet more exclusivity.

Somadomes, Bod Pods, virtual reality wellness—if you have no idea what these things mean, you will soon. The latter has just debuted at the Four Seasons Resort Oahu, where a spaceship-like device called Sensync claims to “reset” spagoers’ brains by manipulating all five senses. During the 20- to 80-minute journey, a virtual reality headset “takes” guests to deep space, ocean coves, or zen gardens, while the machine pumps out related sounds and smells, simulates things like wind and temperature, and uses real-time data about your respiration and heart rate to guarantee that you’re calming down. The Somadome at Ojai Valley Inn is similar—it’s also a self-contained pod—but focuses instead on meditation and light therapy.

Other spa offerings will be more medical in nature. Gstaad Palace has joined with Cellgym to help clients adjust to Alpine altitudes before their first ski day; treatments involve breathing oxygen-reduced air through a mask, as submarine crews and top athletes sometimes do while training. At the Dolder Grand in Zurich and Four Seasons New York Downtown, aestheticians use confocal miscroscopes to learn about the pigmentation and elasticity of your skin, then send data to a dedicated research center to create a “prescription” of products customized to your needs. (The process takes three months to complete after your initial consultation, which rules out the ensuing, made-to-measure facial for many casual visitors.) And if all this sounds more stressful than relaxing, don’t worry—you can still get a regular, 90-minute massage at all these spots.

Cruises Are Getting Smaller, Greener—and a Whole Lot Cooler

When the Ritz-Carlton Yacht Collection launches next summer on its maiden voyage, it will be one of several new companies trying to overhaul the way we think about cruising. Across the world, small ships, designed more like boutique residences than floating chunks of Vegas, will make it easier and sexier to see remote coastal places. And no, we’re not talking about 200-passenger vessels already in use by all manner of luxury cruising outfits. These are largely independent, such as the “floating ryokan” Guntu in Japan, which offers contemplative views of the Seto Inland Sea from its sushi bar and 19 suites. There’s also HMS Gåssten, a former Swedish minesweeper (bookable through Red Savannah) that’s been restored and turned into a luxe base for skiing and biking trips in Norway’s Sunmore Alps. Add new standards that require cruise lines to cut their emissions across-the-board, and suddenly this mode of travel seems all that more interesting.