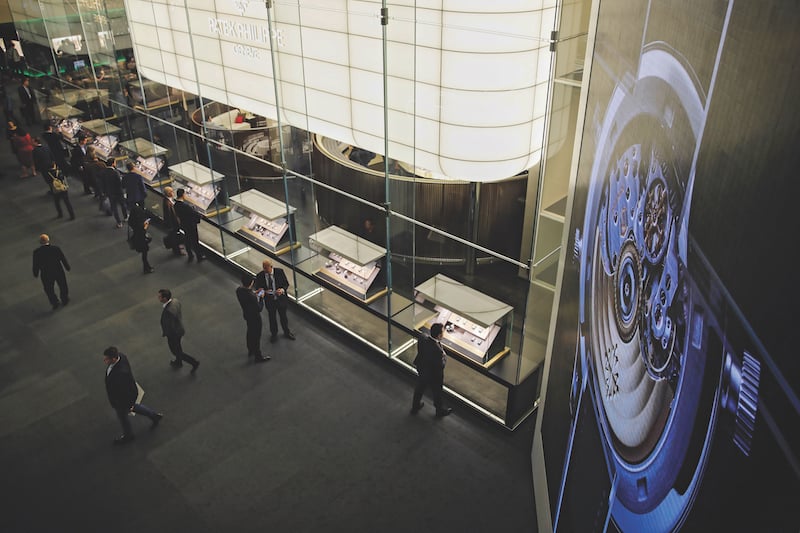 Baselworld, the world’s biggest annual watch and jewellery fair held at the Messeplatz in the industrial Swiss city of Basel, has had its insular world upended in the matter of a week in April.

The trade show which sees hundreds of journalists, retailers and industry professionals descend en masse every March/April for the week-long fair has long had systemic problems, a few of which extended to the city itself, that it has repeatedly swept under the rug.

For example, hotels in the city would mark up their prices nearly three times as much during the fair, and some even demonstrated the audacity to ask guests to pay upfront for the following year’s booking before the current year’s fair even got underway.

Local restaurants and food retailers matched the arrogance by steep surcharges on food served during the fair.

To escape the extortion, many attendees would live in Zurich or Neuchâtel and catch the train or drive to Basel every day during the fair. Still, it seemed a worthy trade-off. Baselworld has been in existence since 1917 and counted a few of the most venerable names in the watch world including Rolex, Patek Philippe, Bvlgari and Chopard among others, as its main exhibitors.

Many of these brands have been associated with the fair for decades – Rolex first began showing at the fair in 1939, four generations of the Patek Philippe family presented their novelties each year in Basel and Chopard has been a regular fixture at the fair since 1964.

The only rival watch exhibition that matched in prestige, though not scale, was the Richemont-led Watches & Wonders (formerly Salon International de la Haute Horlogerie – SIHH) held annually at the Palexpo in Geneva.

As recently as 2013, it seemed that Baselworld was untouchable. It undertook an ambitious, approximately $431m renovation, of the exhibition site. But the gleaming structure did little to course-correct attitudes of organisers and the city’s ecosystem that was bent on unfairly exploiting visitors.

By 2018, in a shock announcement for Baselworld, the Swatch Group announced that it was pulling all of its 18 brands from the fair including Omega, Blancpain, Jaquet Droz and Breguet and would establish its own fair on its own terms.

“The MCH Group, which organises Baselworld, is clearly more concerned with optimising and amortising its new building – which, incidentally, is largely financed by the watch industry during the fairs – than it is in having the courage to make real progress and to bring about true and profound changes,” Swatch Group CEO Nick Hayek Jr. reportedly told a newspaper while explaining his decision to withdraw from the fair.

A few others followed the Swatch Group’s lead, among them French major Hérmes and Kering-owned Ulysse Nardin and Girard-Perregaux which decided to leave Baselworld and join the exhibiting brands at the SIHH. Swatch Group’s exit though didn’t quite cause a tsunami of exits that would rattle Baselworld.

The anchor brands like Patek Philippe and Rolex decided to stick with Baselworld.

That changed in April.

As the Covid-19 virus swept across Europe, Baselworld announced that it would postpone its 2020 edition to January 2021. It also presented exhibitors with one of two options with regards to the refund of fees that they had already paid for this year’s event.

Neither of the two options were favourable or advantageous to the exhibitors.

On April 14, Rolex issued a joint statement with Patek Philippe, Chopard, Tudor and Chanel confirming they were exiting the fair.

Read: Rolex, Patek Philippe and Chopard, among others, leave Baselworld

The reaction from the heads of these brands wasn’t one of arrogance, but an almost regretful decision which they were forced to make as a result of the organiser’s ill-informed decision-making with regards to the fair.

“The decision to leave Baselworld was not an easy one to take for me, being the fourth generation of the Stern family to participate in this traditional yearly event. Today Patek Philippe is not in line with Baselworld’s vision anymore, there have been too many discussions and unsolved problems, trust is no longer present,” said Thierry Stern, president of Patek Philippe in a press statement.

Echoing a similar sentiment, Jean-Frédéric Dufour, CEO of Rolex and board member of Montres Tudor, added, “We have taken part in Baselworld since 1939. Unfortunately, given the way the event has evolved and the recent decisions made by MCH Group, and in spite of the great attachment we had to this watch show, we have decided to withdraw.”

Karl-Friedrich Scheufele, co-president Chopard called the decision to withdraw from Baselworld “a painful one”.

Rolex, Tudor, Patek Philippe, Chopard and Chanel said that they had decided to set up their own watch event that would run alongside Watches & Wonders in Geneva next April and would be executed in coordination with the Fondation de la Haute Horlogerie (FHH) – the same body that organises the Watches & Wonders event which features Richemont heavy-hitters like Cartier, Vacheron Constantin and A. Lange & Söhne.

“The creation of this new watch show in Geneva, in parallel to Watches & Wonders, will allow us to better serve our watchmaking partners and our customers. Through the alliance, these grandes maisons will also be able to collaborate in promoting the values and best interests of Swiss watchmaking,” said Scheufele.

Meanwhile Stern added, “We need to answer the legitimate needs of our retailers, the clients and the press from around the world. That is why, following several discussions with Rolex and in agreement with other participating brands, we have decided to create an altogether unique event in Geneva, representative of our savoir-faire.”

The response from Baselworld’s managing committee highlighted just how off guard it was caught with by way of this announcement. It said, “The companies now “migrating” – including Rolex – spoke out in favour of a postponement to January 2021. They are also represented on the Exhibitors’ Committee, where the future vision of Baselworld has been discussed. The intention to move to Geneva has never been mentioned. The Group must therefore conclude that the relevant plans have been in preparation for some time and that the discussions concerning the financial arrangements for the cancellation of Baselworld 2020 are now being put forward as an argument.”

Did Rolex and the other brands that decided to leave Basel make the right decision?

The answer came three days later on April 17 when the LVMH Watchmaking Division announced that it too was withdrawing its three key brands including TAG Heuer, Hublot and Zenith from the fair effective immediately. Its fourth major watch and jewellery brand, Bvlgari, had already decided to exit Basel back in February.

With no Swatch Group, no LVMH and no major independent brand showing at Basel next year, it is inevitable that Baselworld will cease to exist, or at least lose it standing as the world’s biggest watch and jewellery fair.

So what will the watch exhibition landscape look like a year from now?

To begin with, Watches & Wonders will go ahead with its on-ground event in April next year.

Alongside, Rolex, Patek Philippe, Chopard and Chanel will showcase their novelties in a separate, though complimentary event.

LVMH has said that it too is now contemplating an event parallel to Watches & Wonders.

LVMH’s Bvlgari offered an insight into what its event would look like. Jean-Christophe Babin, CEO of the Bvlgari Group, said, “Grouping the entire Swiss watch industry in a single location, Geneva – the historical capital of watchmaking – and around a single date, is a major opportunity to at last revive a sector. We are looking forward to going to Geneva in April 2021, even though we still need to define the terms of our participation, which we will specify in the coming weeks.”

The watch industry is coalescing around the idea of a single mega watch week where all the major brands will showcase their new products during the same time and in the same city.

But Watches & Wonders went one step further on April 20, when it said that its 2020 edition, in coordination with the FHH, would go ahead – albeit without a physical show, but instead as an online exhibition of the launches.

On April 25, 30 participating brands debuted their novelties on a dedicated platform on the Watches & Wonders website. Some watch exhibitors even streamed 10-minute videos on the platform introducing their novelties for the year.

In the second phase of the new platform launch, e-commerce will be integrated onto the website to allow participating brands to sell watches via the website too.

The FHH has said that this virtual exhibition is a format that will continue for subsequent annual editions of the Watches & Wonders exhibition, and will take place alongside on-ground annual events including the next one scheduled for April 2021 in Geneva.

The traditional watch fair as we know it – an elaborate on-ground event – will continue to exist, though the new hybrid models will push watch brands into a digital-focused approach too.

The model of future watch fairs will no longer be adversarial, but collaborative. There are no brands that stand to lose by way of this reordering. In a year when luxury and the idea of luxury objects has taken a sizeable hit, the watch industry can count itself fortunate to have scored a win.

Porsche outlines its comprehensive strategy for the Middle East