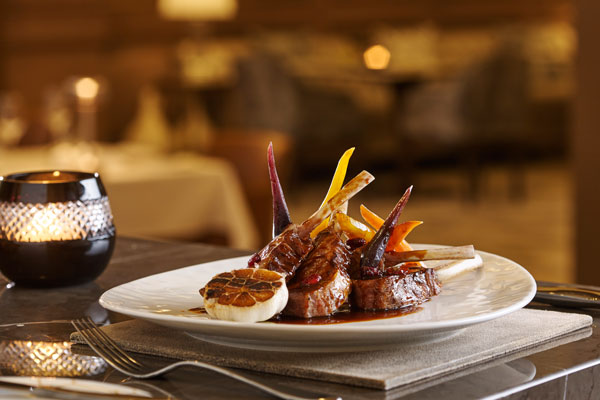 The Restaurant at Address Downtown

The Anglo-French The Restaurant has excellent views of the Burj Khalifa. But with multiple themed interiors, there’s enough elegance inside to hold your full attention. While the Private Dining Room is a nook that offers secluded dining, we settled in a nearby space that had white-tablecloth service complete with beautiful smoky-hued La Tavola cutlery. 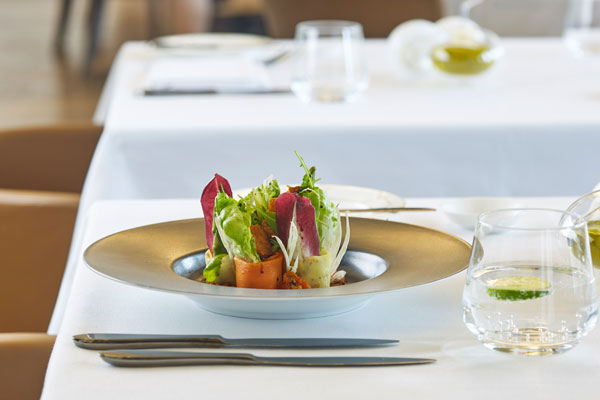 All guests at this licensed establishment are offered a complimentary stop at the cheese, cold cuts and salad bar while they wait for their first dish.

Our starter was another salad off the menu, The La Salade Primeur, which has a vertiginous preparation of farm-to-table fresh produce and pecorino cheese added for good measure.

For the mains, our informed and attentive waitstaff suggested Beef Wellington. The done-to-perfection beef wasn’t wrapped in a traditional puff pastry. Instead, it is made into a wafer and placed like a hat atop the meat in one of the smartest twists we’ve seen on the classic dish. Meanwhile, the Rossini-style Red Label Chicken comes filled with foie gras and is laid on a thick, soothing gravy. 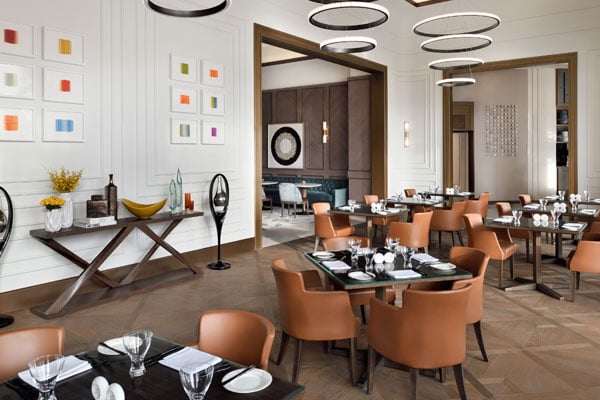 Desserts are where there’s minor theatre when the hot chocolate sauce is poured over the profiteroles, but if you want to wave the flag for the country on the other side of the English Channel, end with the creamy Eton Mess.

The Restaurant, which has raised the bar several notches already, isn’t puffing its chest in self-congratulatory pride. It’s just going about the business of creating inventive food and inviting you to be a part of it. Don’t mind if we do. 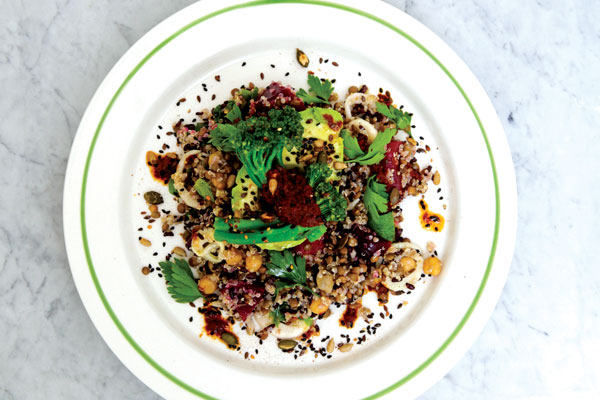 The interior is bright and airy and has a diner feel with welcoming booths that are fitting for a business lunch or meeting with a client in a more informal setting.

We stopped by on a Thursday evening and were impressed by the speed of the service. A recommended starter is the garlic bread, which is unlike any we’ve tasted elsewhere, bursting with flavour but with a soft texture that leaves you wanting more.

The burrata is also a nice creamy starting dish if you have a cheese craving. 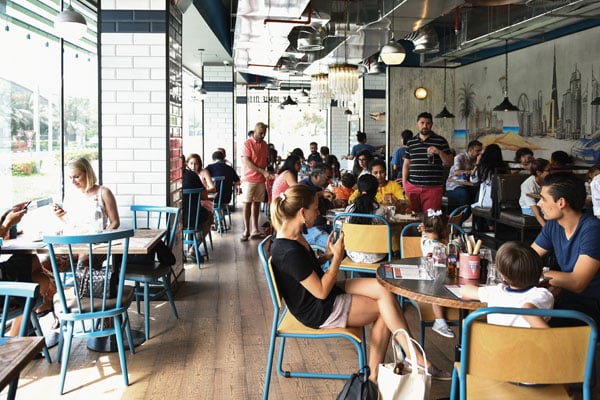 For the mains, it’s all about the pizzas as you would expect but there are a few pastas also thrown in for good measure and the option of replacing half of a pizza with a salad for the same price. The carbonara pizza goes down a treat with its creamy white sauce, beef bacon and sweet leaks and we also enjoyed a more traditional pepperoni with crushed tomatoes – certainly a worthy take on a classic.

If you want to satisfy a sweet tooth give one of the mocktails a try – the strawberry lime and mint mojito being our favourite – or get down to dessert where the restaurant has its own take on several traditional dishes. We liked the tiramisu with orange zest and the contrasting flavours of the Sunday of the Day, which combined raspberry sorbet, chocolate and strawberry ice cream with brownie pieces.

Certainly a ‘pukka’ experience to quote Oliver himself. 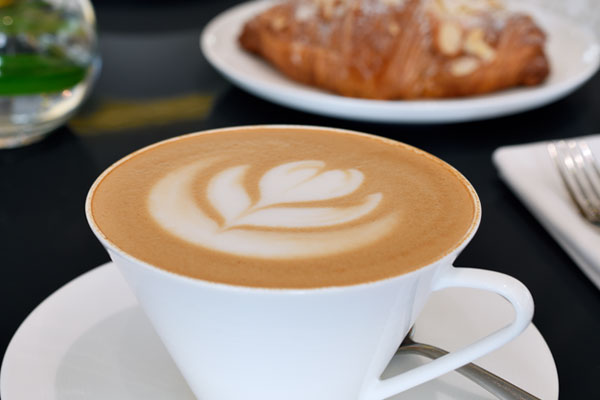 Choix is a convenient breakfast stop for business travellers who would rather meet close to the airport than brave crossing the Creek to enter Downtown Dubai.

Helmed by Michelin star chef Pierre Gagnaire, who recently launched Pierre’s Bistro & Bar in the same hotel, Choix doesn’t run through the motions when it comes to serving breakfast.

We opted for the chef ’s special, which that morning happened to be an egg croissant. The cloud-soft in-house baked croissant is filled with egg and salmon and prepared in a way befitting of a dish from a Michelin-star chef. The Choix Royal, we are told by the highly trained wait staff – who spot the most minor flaw on our serving napkin and then promptly change it before we’ve even noticed – is another popular breakfast treat. You can have the eggs fried or poached and it comes served with pochas beans, veal bacon, sausages and avocado. 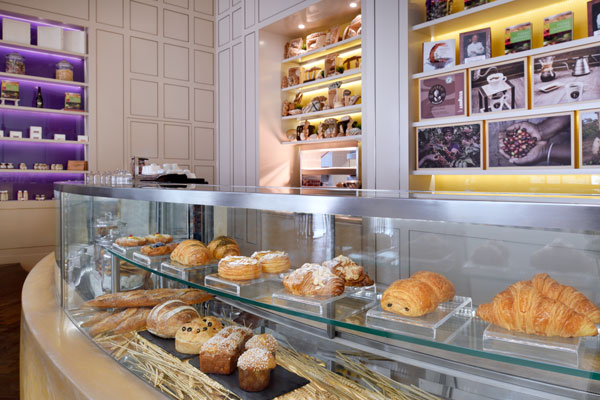 There are also plenty of options for tea from the pungent Masala chai to comforting chamomile. Though if you aren’t pressed for time, opt for the V60 coffee with a Tierra blend, which fills your nostrils with the intoxicating smell of freshly brewed beans – a welcome morning pick-me-up.

There are some artfully crafted desserts as well including macaroons stuffed with coconut cream, strawberry rhubarb jelly, berry tarts, éclairs and tiramisu.

If the Michelin Guide does arrive in Dubai, we’ve got a recommendation for where the anonymous inspectors should head to for breakfast.