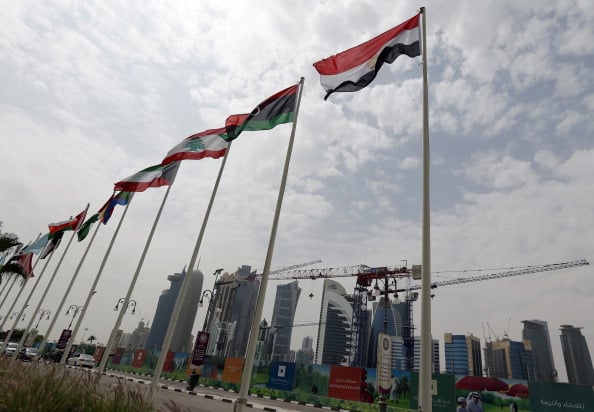 Gulf Arab foreign ministers met in Jeddah on Saturday but took no big step towards ending a diplomatic row that has undermined their ability collectively to influence Middle East events.

Saudi Arabia, the United Arab Emirates and Bahrain in March withdrew their ambassadors from Qatar, saying it had broken promises to them about Gulf security, which analysts connected to Doha’s support for the Muslim Brotherhood.

A visit by three top Saudi princes, including Foreign Minister Saud al-Faisal, to Doha on Wednesday had prompted widespread speculation in Gulf media that Saturday’s meeting would result in a resolution or escalation of the rift.

Kuwaiti Foreign Minister Sheikh Sabah Khaled al-Sabah, whose country has tried to mediate in the dispute, said Saturday’s meeting had led to limited progress. But he did not announce any concrete step to end the rift at a news conference after the meeting.

“What has has been agreed upon today is to lay the foundation and the criteria by which implementation will follow. We will hasten in removing all unknown factors and obstacles to complete this process,” he said.

“Today the six countries agreed on these grounds, next we’ll follow up the implementation .. All agreed that there is a commitment to implementation,” he added.

Saudi Arabia, Qatar and the UAE are big supporters of Syrian rebels fighting President Bashar al-Assad, an ally of Iran.

But Riyadh and Abu Dhabi have accused Doha of supporting the Muslim Brotherhood, an Islamist group they have labelled a terrorist organisation and which they accuse of destabilising their close ally Egypt.

In Libya, Qatar has backed some Islamist groups, but on Tuesday the U.S. State Department said the UAE had been involved in air strikes against Libyan Islamist groups.

In late 2011 Saudi Arabia pushed for Gulf Cooperation Council members to unite “as a single entity” in a bid to join the group of six monarchies into a united front against Iran and the instability caused by that year’s Arab uprisings.

However, the GCC, which also includes Kuwait and Oman, appears more divided than at any point in its 33-year history.